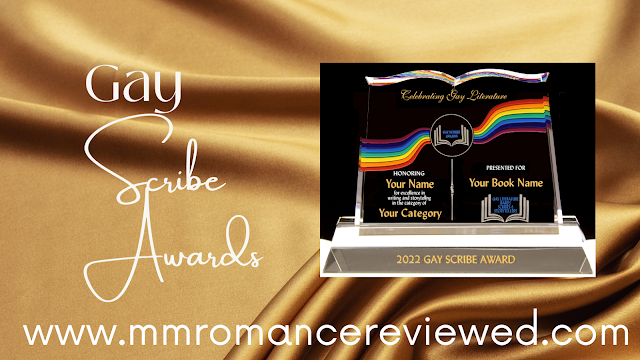 The Gay Scribe Awards announced their 2021 Gay Scribe Award Winner for Romance today and it was one of my favourite new authors, Beck Grey with Save Me: Love in the Pacific Northwest!  Congratulations Beck!  Such a well deserved win!  You can read more about Beck Grey in his winner's interview!

But I wondered what the Gay Scribe Awards was, so I asked K'Anne Meinel who said:

I started the Gay Scribe Awards about five years ago in order to give equal opportunity to gay fiction writers.  I'd started the Lesfic Bard Awards six years ago and riding on that success thought there should be separate categories so we weren't lumped together (as some sites do) under LGBT.

I chose a beautiful crystal award (if I do say so myself) and paid for it out of my own pocket to have it made up.  This sucker is HEAVY (I have dropped one, and nearly lost a toe) but its beauty more than makes up for its weight.  It is hand-painted.

We do hope that the award becomes the premiere award for Gay Literature. 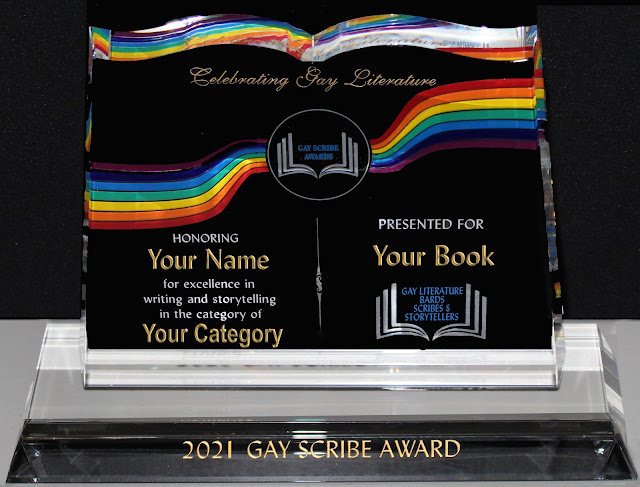 The Gay Scribe Awards is continuing to build it's platform and invites authors to submit their work - you can get the details at https://www.gayscribeawards.com/index.html!  You can also Follow them on: Twitter, Facebook, Linked In, and their Blog!