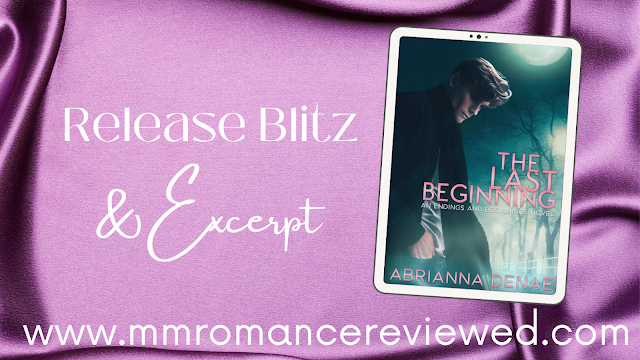 It is a standalone story in a new series and does not end on a cliffhanger.

“Nobody tells you how one moment, one decision, can change the course of your entire life.”

Kit Briar is starting over. At thirty-three, he thought he had his life planned out, but a devastating revelation sends him back to his hometown, desperate to make a life for himself and his son.

“Sometimes, a single kiss can lead a person down a road they never expected.”

Lawson Craig never meant to fall in love with his hot new neighbor, his life's complicated enough. Except Kit and his young son fulfill a void he did know he had. The more he tries to fight against the mutual attraction, the harder it is to stay away.

Lawson and Kit find themselves in a whirlwind romance. They fall hard and fast, but every choice comes with consequences and neither of them are prepared for what happens when their blissful bubble pops. They’ll have to learn to trust in each other and what they’re trying to build in order to get the happy ending they’ve both always wanted. When every road seems to lead to heartbreak, how will they ever find forever?

We lean back against the counter and talk about random things for a while. It’s nice. I have some friends but no one I hang out with regularly. I don’t want to get ahead of myself, this could be just a one time thing, but I like the vibe Kit has, I’m hoping he likes mine too.

“You said you’re from the area?” I ask after a lapse in conversation.

Kit nods, “Yeah, my family all still live close. My siblings helped me move in today.”

“How many siblings do you have?”

He smiles a little, “Two sisters and two brothers. I’m the baby of the family and they all treat me that way. Never mind that I'm a grown ass man.”

“I think siblings are supposed to do that. I’m one of two. I have an older brother, we’re close since neither of us talk to our parents anymore. What about you?”

“I’m pretty close to all my siblings. It’s just my dad. Mom passed away when I was eight.”

“Wow. Five kids for one person, did he ever remarry?”

“No. He dated someone for a long time, but they broke up about five years ago. He’s gone on dates since but says he’s too old for anything serious.”

I scoff. “I don’t think love cares how old you are.”

Kit smiles at me and I ignore the way my heart trips over itself. “That’s what my sisters say, but I think he’s content. He has us and his grandkids. He’s enjoying his life.”

“Can’t say I blame him. I’d probably be the same.”

Kit looks at me, his dark brown eyes assessing, “Yeah? Believe in love for everyone but yourself?”

“Ehh,” I make a seesaw motion with my hand. “Yes and no. Would I like to have that one person I spend the rest of my life with, knowing that they’re it for me? Yes, I think most people want that. Do I think it’ll happen?” I shrug, “It’s complicated.”

“Trust me,” Kit sighs, “I know all about complications.”

Is it me or are we closer than before? My arm brushes his and I try not to react like a fucking teenager with their first crush. It’s ridiculous really, the things I feel for this man that I’ve known an hour.

“Tell me about the neighborhood?” He asks, breaking into my thoughts. “You said the neighbor on your other side hates you?”

I sigh and ignore how fucking close his mouth suddenly is to mine. We’re almost the same height, it would be nothing to lean forward and kiss him.

“Uh yeah, she’s a total bitch. I mean, maybe. I think it’s just me. She’s older, in her fifties I’d say. I try to be nice and do things like mow her yard and take her garbage cans out, things like that. She glares at me and never shows any appreciation. I can’t tell if she really hates me or if she is just a really sour person, you know?

“When I first moved in I made cookies, brownies, and muffins for her, the previous owners of this house, and the people across the street from me. She’s the only one who refused to take anything from me. Which, I get, it was kinda weird to have this stranger show up with a bunch of baked goods, but you’d have thought I offered up straight poison the way she acted.”

“She doesn’t know what she’s missing. More for me.” Kit smiles and I can’t help but smile as well.

“You’ll have to come into the bakery some time, I’ll give you a discount.”

Kit pouts, “Oh so I only get free stuff at home.”

He huffs out a laugh, “I’d happily pay for anything made by you.”

It’s not my imagination this time. He definitely leaned forward.

“You flatter me,” I hope that didn’t come out as breathless as I think. “What if the only thing I can make are cookies?”

I don’t know who moves first. One second we’re a breath apart, the next, our lips are touching in an impossibly soft kiss.

Neither of us move for a moment, and then Kit slowly moves his mouth over mine. I follow his lead, keeping the kiss soft and slow.

A hand grabs my hip and I groan as our bodies come together. Kit takes that opportunity to deepen the kiss. His tongue sweeps against my lip and I allow him in my mouth.

Gasping, I fight him for dominance. It’s been a long time since I’ve felt anything this good. He lets me take control of the kiss and I push him against the counter. Our lower bodies are flush and I can feel his arousal brushing against mine. Shivering, I press my lips harder to his. Tangling one hand in his hair, I pull back enough to bite at his lip, making him moan.

“Shit,” he gasps before kissing me hard.

I press my hips into his and groan at the sensation. Kit’s hands grip my ass tightly and it feels so fucking good. I almost beg him to fuck me, but that’d be reckless. Kissing him is enough for now.

We pull apart for breath, both of us panting softly. “Just so you know,” I tell him, “I don’t go around kissing all the neighbors.”

I snort and shake my head. “You’re prettier.”

I kiss him again, softer now. Our tongues meet and it’s perfect. Best kiss I’ve ever had. I could spend hours just kissing this man. Crazy? Absolutely, but it’s not the craziest thing I’ve done, not by a long shot.

Abrianna Denae is a twenty-five-year-old author living in Northern California. An English major, they have always had a passion for writing.

Deciding to sit down and write one of the many stories that had plagued their mind for years was the easy part—finding the time to do it was a different story.

Caffeine is their best friend, and sleep is her worst enemy.

A lover of books that make the reader feel something, Abrianna tries to incorporate as much of their real-world views and feelings into their stories as they can.

You can also email her at authorabridenae@gmail.com 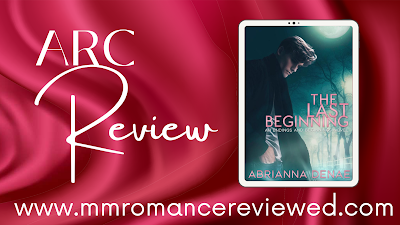