The Last Beginning by Abrianna Denae 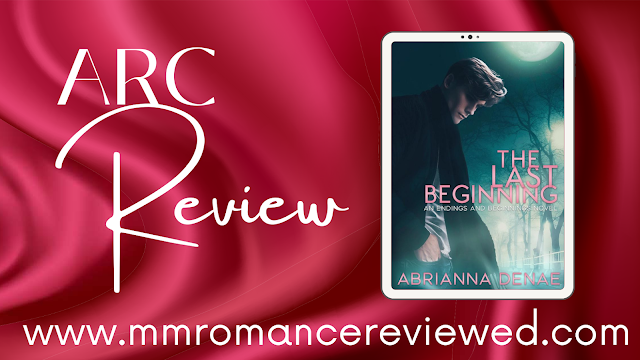 The Last Beginning by Abrianna Denae is a very frank and realistic portrayal of the unpalatable difficulties people face within relationships.
From the Blurb: 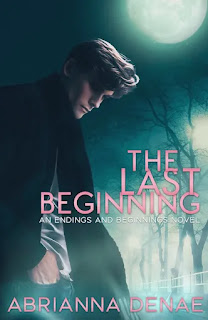 “Nobody tells you how one moment, one decision, can change the course of your entire life.”
Kit Briar is starting over. At thirty-three, he thought he had his life planned out, but a devastating revelation sends him back to his hometown, desperate to make a life for himself and his son.
“Sometimes, a single kiss can lead a person down a road they never expected.”
Lawson Craig never meant to fall in love with his hot new neighbor, his life's complicated enough. Except Kit and his young son fulfill a void he did know he had. The more he tries to fight against the mutual attraction, the harder it is to stay away.
“If it came down to it, I’d let him go. I’d let him go because he deserves someone so much better than me.”
Lawson and Kit find themselves in a whirlwind romance. They fall hard and fast, but every choice comes with consequences and neither of them are prepared for what happens when their blissful bubble pops. They’ll have to learn to trust in each other and what they’re trying to build in order to get the happy ending they’ve both always wanted. When every road seems to lead to heartbreak, how will they ever find forever?

Kit Briar is starting over. At thirty-three, he thought he had his life planned out, but a devastating revelation sends him back to his hometown. Whilst trying to build a new life for him and his son. He meets his charming neighbor Lawson, sparks instantly fly between Kit and Lawson. Whilst their undeniable attraction to eachother leads them on a path neither expected to find themselves on. The Last Beginning raises questions about the morally grey areas of love.
There was a complex cast of side characters and a real emphasis on family dynamics. I really loved Kit and his son's relationship at the centre of this book. I can't wait for Lawson's brothers story and to see his journey. Where we will also see more development of Lawson and Kit's relationship.
The Last Beginning is the first book I have read by this author, so I went into this story completely blind. I'm happy I began The Last Beginning with an unbiased opinion. I appreciate complex stories and thought provoking matters and I feel like the sensitive matters within this book were dealt with exceptionally well and I always praise authors that push the boundaries and think outside the box.
I should should add to that a possible trigger. There is cheating in The Last Beginning. Lawson is in a relationship.
Rating: 5 Stars
Tatted_book_freak's Review:
This was definitely an unexpected story with enough events to capture my attention. Between the cheating, incompetent parents, and half pints with so much sass, this author brought what is not most readers cup of tea and brouhaha their own twists.
𝘗𝘦𝘳𝘷𝘪𝘯𝘨 𝘰𝘯 𝘮𝘺 𝘩𝘰𝘵 𝘯𝘦𝘪𝘨𝘩𝘣𝘰𝘳 𝘰𝘯 𝘥𝘢𝘺 𝘰𝘯𝘦.
Kit and Lawson’s connection was instantaneous, continuing to build throughout the stories entirety, even with their resistance. They were absolutely perfect for each other, even with their extenuating circumstances.  As expected with a half pint included, there wasn’t a tremendous amount of smut scenes, but there were a lot of intimate moments.
ℕ𝕖𝕚𝕥𝕙𝕖𝕣 𝕠𝕟𝕖 𝕠𝕗 𝕦𝕤 𝕒𝕣𝕖 𝕓𝕒𝕕 𝕡𝕖𝕠𝕡𝕝𝕖. 𝕎𝕖 𝕛𝕦𝕤𝕥 𝕨𝕖𝕣𝕖𝕟’𝕥 𝕥𝕙𝕖 𝕣𝕚𝕘𝕙𝕥 𝕡𝕖𝕠𝕡𝕝𝕖 𝕗𝕠𝕣 𝕖𝕒𝕔𝕙 𝕠𝕥𝕙𝕖𝕣.
This was such a beautifully written book, touching on sensitive topics that was handled with care. A story of choices and consequences, whether they be negative or positive, but how they are handled. I absolutely loved the psychological aspect of this book, which is rarely included in these issues.
“ʸᵒᵘ ʰᵃᵈ ˢˡᵉᵉᵖᵒᵛᵉʳ? ᴵ ˡⁱᵏᵉ ˢˡᵉᵉᵖᵒᵛᵉʳˢ.”
Linden was absolutely adorable with his sass and toddler quotes! I felt so bad for him and what his mother (or lack there of) treated him. No child should be forced to deal with a parent who isn’t 100% committed!
Rating: 4 Stars
The Last Beginning is currently available as an e-book and can be read as part of your Kindle Unlimited Subscription.   Check out the release blitz post by clicking the graphic below to read an excerpt from the book: 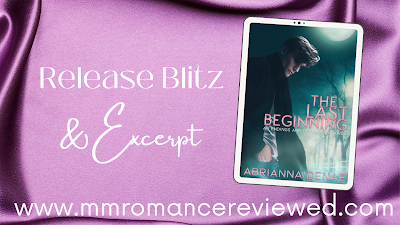