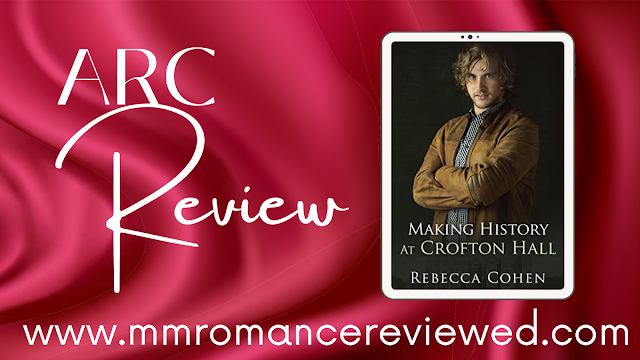 Rebecca Cohen was right... you could read Making History at Crofton Hall as a standalone book and probably enjoy it, but you'll love it so much more when you've read Saving Crofton Hall first...
From the blurb: 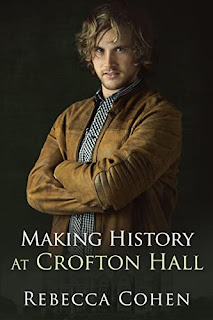 Crofton Hall is buzzing with anticipation for the filming of the Secret Histories TV special about a scandalous affair that has been hidden for over four hundred years.
The hall's new historian, Dara Callaghan, is drawn not just by the hall's rich history but to TV producer, Nathan Lorimer. Nathan is finally ready to start dating again, several years after the death of his husband. There's something about Dara, a quietly spoken Irishman, and the romance that surrounds Crofton Hall, that makes him want to take a chance.
Meanwhile, Ben Redbourn, 16th Earl of Crofton, is trying to persuade his boyfriend Ashley Niven that he'd like to don doublet and hose and play Sebastian to his Anthony. But Ashley's not having any of it... until someone else agrees to the take the part of the 1st Earl of Crofton's lover.
Heather's Review:
Best read after Saving Crofton Hall, Making History at Crofton Hall dials up the romance!   Ben and Ashley's love affair continues and we learn even more about Ben's ancestor Anthony and his secret love... and get to watch two more sweet men fall in love!
Once again, I caution that this book is not strictly a love story, it's a full on narrative detailing not only the lives and loves of three sweet couples, but also the ups and downs of filming a TV show, solving 400 year old mysteries and maintaining Crofton Hall as a wedding and event venue...
If you're prepared to be immersed in the world of Crofton Hall, you'll snatch this book up as soon as you're done with Saving Crofton Hall.
Rating: 5 Stars
Making History at Crofton Hall is currently available as an e-book and can be read as part of your Kindle Unlimited Subscription
5 Stars Contemporary Heather mystery Series