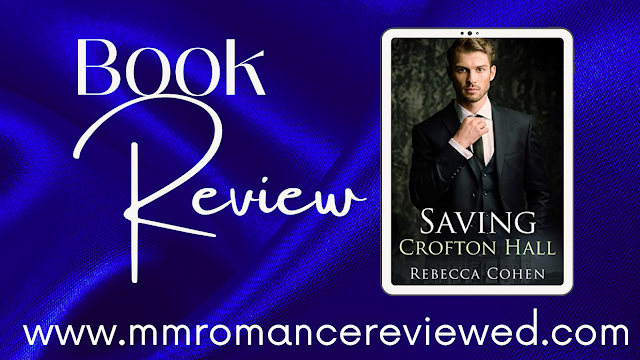 When Rebecca Cohen and I started chatting, she offered me the chance to read her new book, Making History at Crofton Hall, with the caveat that if I had time, I'd probably enjoy it more if I read Saving Crofton Hall first... so as soon as my obligations to the ARCs I'd promised last week, I dove into this book, which is a re-issue with edits that was originally published several years ago... 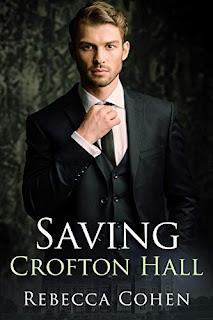 How he'd kept his cool, Ben will never know, but learning he owes the bank £5million thanks to his mother’s gambling debts means he must act fast if he doesn’t want to lose his beloved family home.
To save Crofton Hall, Ben Redbourn, the 16th Earl of Crofton, is going to need all his charm, lots of hard work, and not a small amount of luck. But he can’t do it alone, Ben needs help—and he needs it now. Enter Ashley Niven, events manager extraordinaire, and best friend of Ben’s little sister. Ashley might once have been a dweeby teenager, but he’s grown up nicely and Ben needs to remember he’s the boss, and that means keeping his hands to himself.
But Crofton Hall has many untold stories, and she’s hiding a secret dating back four hundred years to the 1st Earl of Crofton, Anthony Redbourn, which might just change all their lives.
Benjamin Redbourn is the modern-day descendant of Anthony Redbourn, the 1st Earl of Crofton from the mm historical romance series The Crofton Chronicles.
Saving Crofton Hall was previously published, this second edition has been re-edited for release.
Heather's Review:
Saving Crofton Hall combines history, family and a sizzling slow burn relationship between Ben and Ashley.. all the while teasing us with tantalizing glimpses of what is to come in the second book by having them discover the secrets buried in Crafton Hall...
This story dives into the history of Crafton Hall and also focuses on building a successful event and brings the characters along for the ride - there is a depth and a plotline that intertwines with the romance and it meanders until the last 20% of the book - so while there is a love story with a HFN, it's only a small part of the book...
If you are ready to be immersed in the world of Crofton Hall, a historic country house with secrets and romance, than you're ready to read Saving Crofton Hall,  but if you're looking for a straight up romance at a historic home, you're looking at the wrong book...  I was drawn into the family, the story and the house and I can't wait to dive into book 2 tonight...
Rating 5 Stars
Saving Crofton Hall is currently available as an e-book and can be read as part of your Kindle Unlimited Subscription
5 Stars Contemporary Heather Series slow burn