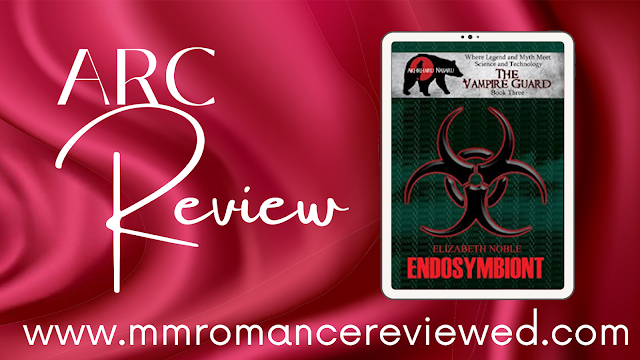 Endosymbiont is the third book of The Vampire Guard series and ramps up the threat level! 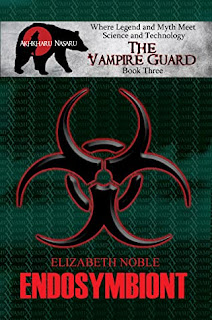 A werewolf and seven vampires are all that stand between the world and complete annihilation.
When Kai Richter and Ori Bier met, sparks flew.
Then a train blew up.
Tracking an organism deadly to not only humans, but vampires and werewolves alike, brings Kai and Ori into The Vampire Guard. Decades later, they, along with Operative Team Jack Rabbit, come face to face with the horrors that same virus produces. Dead bodies are coming back to life, and rational people are becoming violent and brutal killers.
A massacre is taking place nearly a mile under the Atlantic Ocean. Two teams of The Vampire Guard are in the thick of it, fighting to survive.
Jacquie's Review:
Endosymbiont, the third outing of the Vampire Guard is much darker in tone than the previous and doesn't focus just on team Jack Rabbit either. Kai and Ori from Amoured Train take several chapters as they battle Nazi's at the beginning of what could become an extinction level event. Plot threads from the previous books are followed so it is important to read them first. A lot of action, warnings for gore, torture and experimentation. No steam, there's no time for any, since the guys are investigating and it all happens over the space of what I think is a week. Mild cliffhanger ending
Rating: 4 Stars
Endosymbiont is currently available as an e-book and can be read as part of your Kindle Unlimited Subscription
4stars action packed ARC Cliffhanger Jacquie KU no steam Paranormal Trigger Warning vampire werewolf