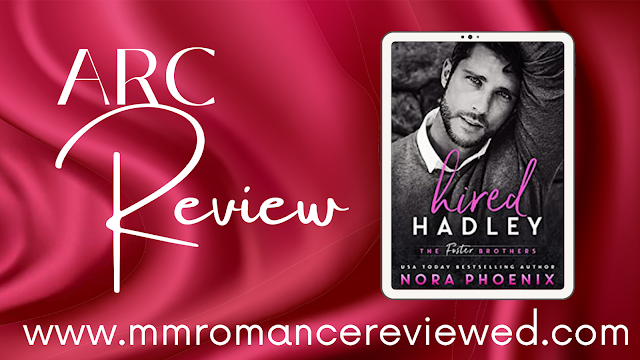 Hired: Hadley is the second book in the Foster Brothers series and it is just as good as the first, if not better! 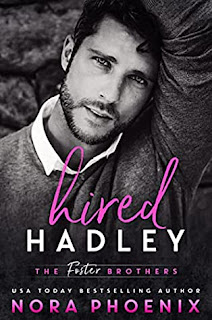 Sebastian LeClerc is richer than Midas. He’s also a grumpy a**hole, a playboy, and the world’s worst boss. At least, according to Hadley, who was crazy enough to take the job as Sebastian’s PA.

Big mistake. Huge.
Sebastian may look like Richard Gere and be equally charming in public, but it’s all an act. Hadley should know, as he’s one of the few people who gets to see the real Sebastian.
Except Sebastian does seem to appreciate Hadley, calling him his sunshine. And when something nice comes out of his mouth on occasion, Hadley’s heart is all aflutter.
Oh no.

Has Hadley fallen for his boss?
Hired is the second book in The Foster Brother series, a contemporary MM romance series about four men who chose to be brothers that can be read as stand alones. It has a grumpy billionaire boss, a sunshine-y assistant, falling for the boss, a sweet guy who soaks up praise like a dying plant, and some delicious spanking.

After being let down as a child, Hadley doesn't like to be committed to anything, be it relationships or work commitments. He is happy with hook-ups and temping jobs. Sebastian is the CEO of the family business and is struggling to keep a PA for more than a couple of days. Can Hadley help change things for him and can Sebastian show Hadley that commitment can be worth it?
I absolutely adored Hadley. He had such a heart-breaking past and I loved how Sebastian made him feel seen and helped him find his way. Sebastian was such a grump but under the gruffness he is just a sweetheart and I thought it was great he was willing and able to make changes to benefit the people around him.
This is shaping up to be another fantastic series from Nora and I am totally here for it. I can't wait to learn more about the other brothers now!
Rating: 5 Stars
Hired: Hadley is currently available as an e-book and can be read as part of your Kindle Unlimited Subscription
5 Stars ARC Contemporary Grumpy/Sunshine Reds Book Reads Series spanking Standalone