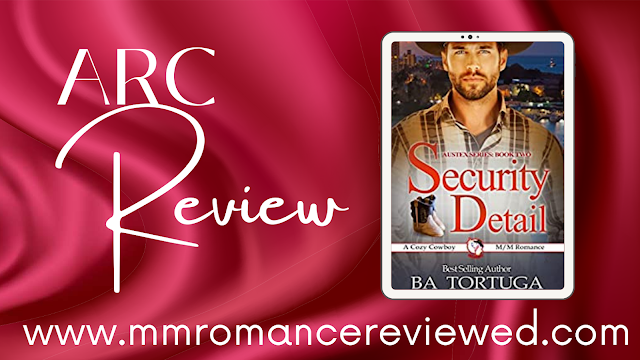 Opposites attract in so many ways in Security Detail... but it's a true slow burn because they are alike in just enough ways that neither will make the next move...
From the blurb: 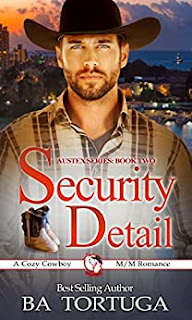 Security experts Dez and Ryan teamed up to form a business after they worked together on the kidnapping of a friend's daughter. Australian Dez and former Marine Ryan have amazing chemistry together, and for one amazing night they acted on it. But then Des got cold feet, and the two of them have never connected again in that way.
Ryan thinks Dez just isn't that into him. Dez doesn't want to mess up his friendship with Ryan over something that may or may not ever come to pass. In the midst of all this frustration, they also have to deal with a security crisis with their respective best friends, Holden and Lachlan. When they have to band together to get their friends back, Ryan and Dez are reminded why they work so well together. But can they solve their own problems, and find their way back to each other, as well as save the day?
Heather's Review:
Security Detail had a good balance of push and pull, as the characters circled each other and also became embroiled in helping their friends solve issues including a major security crisis... the story is a slow burn that hints of a past and heats up nicely.  There is just enough humour to keep the book light, even with the stressful situations the characters find themselves in.
If you like a suspenseful romance with some guys who can solve other peoples problems better than their own, you'll enjoy Security Detail.
Security Detail is book 2 in the AusTex sub series of BA Tortuga's Cosy Cowboy Series.  I struggled with some of the language and cadence in book 1, but I do recommend that this book be read in sequence with Trial By Fire...
Rating: 4 Stars
Security Detail, along with Trial By Fire are available in kindle e-book and paperback formats.  If you subscribe to Kindle Unlimited, you can read the series as part of your subscription!
4 Stars Cowboy Heather Opposites Attract suspense