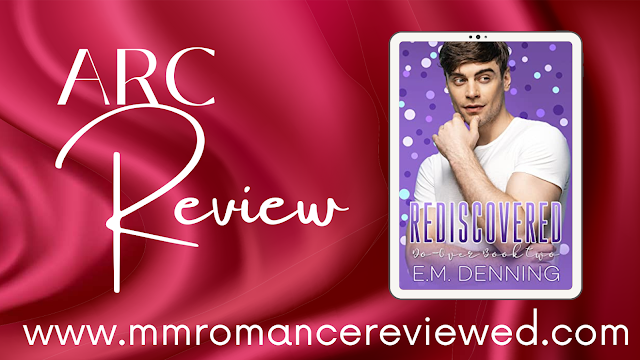 I've been waiting for Harrison and Jack's story since Rearranged came out and Rediscovered was worth the wait!
From the Rediscovered blurb: 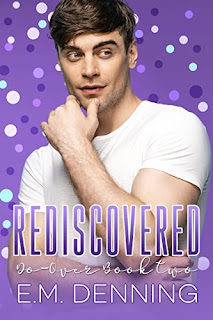 Watching his fake fiancé stumble out of a Vegas chapel with a husband who wasn’t him was the best thing that could have ever happened to Harrison Andrews. There’s only one man Harrison wants to be with, and it’s the one man he can’t have. Why can’t Harrison put his heart on the line and go after the one he always wanted? His old friend has thrown caution to the wind and married a stranger. Why can’t he have what he needs?
Jack Marshall is used to Harrison’s cold feet. Raised as step-brothers, their teenage years were little more than Jack pushing and Harrison pulling away. When they tumble into a Vegas hotel bed together, Jack is ready for a repeat of their past.
Instead, Harrison and Jack rediscover the passion that first brought them together. Harrison learns things about Jack he never knew, and Harrison’s acceptance gives Jack hope that a happy ending could exist for them. Still, he worries Harrison may let their families push them apart forever.
Heather's Review:
Harrison was such an enigma in Rearranged... seemingly strong and confident in some settings but just so depressed and self-loathing in others and we find out more about his family situation and how downtrodden he really is in this book.   He's lived his life based on his parents expectations and interference - to the point where he's fake marry his best friend...
Jack is stuck in the same world, but reacts differently and has more backbone against his family situation, but gave up on Harrison so long ago...
Rediscovered is steamier than some of EM Denning's other stories - all that pent up tension, years of frustration and permission to take what they want is delicious!
This book can be read standalone, but would be better read as a companion to Rearranged, as the timelines do overlap.
Rating: 5 Stars
Janet's Review:
Rediscovered is the second story in the Do-Over series. This starts at the elopement scene in Rearranged, and it can easily be read as a standalone.
I was so excited to get Harrison’s story!!
In true EM fashion, I usually fall in love with her characters but with Harrison and Jack I felt so much more!! Jack was soft and sweet, I thought Harrison was kind of mess inside. But together these two have a love that fells pure, realistic!
This story hooked me! Overall, fantastic read! Well written with pacing that flowed smoothly, highly recommend.
Rating: 5 Stars
Rediscovered is currently available in e-book and paperback and can be read as part of your Kindle Unlimited Subscription
5 Stars Heather Janet KU low angst Series steamy stepbrothers