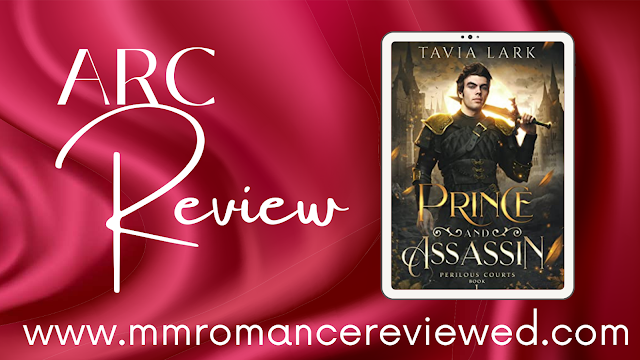 Whisper is supposed to protect the prince so that he can later kill Prince Julien himself. That's the plan. Whisper doesn't expect to fall in love and Julien has secrets of his own as time is ticking down to a conclusion where they both may end up dead.
From the Prince and Assassin blurb:
He’s supposed to kill Prince Julien. Not fall for him. 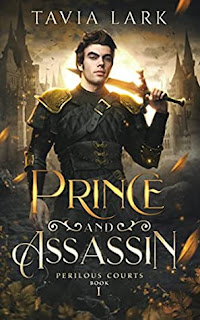 Whisper doesn’t remember his real name. All he knows is the elite assassin guild that raised him—and controls him with the threat of blood magic. Plagued by nightmares, he doesn’t get to refuse assignments, even when his new job doesn’t make sense:
Infiltrate Prince Julien’s court, protect him until the signal arrives, then kill him.
Julien hides his own schemes behind a sordid reputation. He trusts nobody besides his brothers, and he certainly doesn’t trust the aloof, beautiful new stranger at court. But he doesn’t have to trust the stranger to be drawn to him, especially when he saves Julien’s life.
Then Julien saves Whisper too, and Whisper’s reserve shatters.
Beneath Julien’s playboy facade is a warmth Whisper can’t resist. Whisper’s never been comforted before. He’s never been cared for like this. As his nightmares darken, Julien’s touch is his only solace—but falling in love could ruin them both.
Because Whisper’s mission hasn’t changed, and the price for failure is worse than death.
Prince and Assassin is a high fantasy gay romance, with secret identities, hurt/comfort, and magic tigers with attitude. The Perilous Courts series is best read in order, but each book follows a different prince and his Happily Ever After.
SNik's Review:
Prince and Assassin is the first in series (Perilous Courts). Fantasy. Hurt/comfort. Slow burn. Dual POV. Immediate world building and character background give a great introduction to this new series.
Whisper is an assassin, not by choice, since every assignment means someone’s death or his own, and now he has to kill a prince.
Julien is the playboy prince given new responsibilities while hiding his true magical abilities and navigating the political intrigue of the nobility and a possible war with a neighboring country.
Whisper and Julien have attraction and chemistry but there are slow and sweet moments to all their interactions which build their feelings, even if they don’t know every secret each of them is keeping.
I appreciated that there is no power imbalance, Whisper is a more than capable trained killer and Julien is a behind the scenes schemer not wanting to be king but to support his brothers with ruling instead.
Both Whisper and Julien stay true to their character and their individual motivations, not letting love blind them from their responsibilities. I really enjoyed every moment of this book, the twists, the loyalty, the romance and the steam.
Rating: 5 Stars
Janet's Review:
Prince and Assassin is the first story in the Perilous Courts series. Wow! This was a truly phenomenal story with fantastic world building.
Whisper is a Hound, an assassin and tasked with keeping Prince Julien alive then killing him. He’s been with the Kennel since he was six and an assassin since he was fourteen. He is granted a boon after the sixth killing. What he chooses will takes someone away from him forever.
Prince Julien is the middle child and the weakest of the brothers, sons of Queen Margot. He to take over for his brother at Greenhaven so that he can go help their mother. T
his was sooo freakin good!! The world building is strong with great a premise. One plot threw me for a loop. Loved, loved, loved Julien and Whisper! Their dynamic was sooo good!
Overall, a fantastic read that is so very well written and great pacing that just flowed.
Rating: 5 Stars
Prince and Assassin is currently available as an e-book and can be read as part of your Kindle Unlimited Subscription
5 Stars ARC dual pov Fantasy Hurt/Comfort Janet KU magic Series slow burn SNik