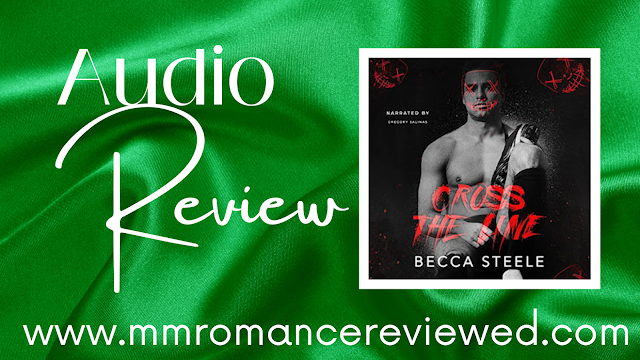 Cross the Line is a standalone M/M new adult high school romance novella with enemies to lovers themes. Warning: this book contains mature situations and content.
From the blurb: 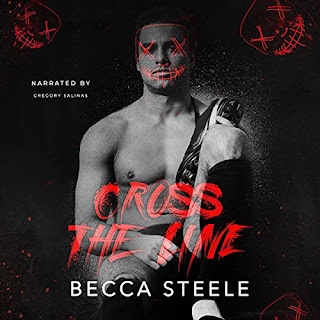 Leaving everything behind to move to England was difficult enough, but when I catch the attention of Alstone High’s bad boy for all the wrong reasons, things go from bad to worse.
He resents my position as the soccer team’s MVP, and that isn't even the worst part.
He’s figured out my secret.
He knows I want him, and he hates me for it.
But I can see right through Kian Courtland, and I’ve figured something out. Something that he won’t even admit to himself.
His secret?
He wants me, too.
Cross the Line is a stand-alone M/M new adult high school romance novella with enemies to lovers themes. This book contains mature situations and content.
Originally published in the Love at First Fright anthology. This novella edition has been revised and expanded.
Tatted_book_freak's Review:
The more audiobooks I listen to, the more I am learning that voices are crucial for the perfect fit and this narrator was exactly that! A first audio with a British accent and OMG!!! Now I am officially addicted to finding audiobooks that have a British character included because those smut scenes were everything!!
I also absolutely loved the plot with this story. And it was such an intense listen, especially since they began as enemies. But when they became lovers, their chemistry was on fire with no chance of being put out! Individually, they were intense, but together, they were a force of be reckoned with, on and off the field!
Cannot wait to hear more from this narrator in the future! His voice was everything!!
Rating: 5 Stars
Janet's Review:
Cross the Line is a short listen with a punch and lots of heat, an enemy to lovers and a smidge of bully romance troupes.
I devoured this!  Preston has recently moved to England from America. Kian takes notice as soon as he arrives. Kian is jealous of the “golden boy”.
Kian and Preston have an instant attraction and are at odds about it. They are seriously hot together.
Gregory Salinas did a great job with narration. He did great going back and forth with the different accents and emotions. I could feel the anger that Kian had with Preston.
Overall a fantastic listen!!
Rating: 4.5 Stars
Laora's Review:
The narrator Gregory Salinas  has a lovely voice and his narration is well done. My only gripe is that I find he has a mature voice for the characters who are in high school.
About the story, Cross the Line has its positives and negatives for me. I enjoyed the enemies to lovers part and we get enough background information about both characters. I however for me the relation feels ' very grown up' which felt a bit off for me.
Rating: 4 Stars
Cross the Line  is currently available in Audiobook, e-book and paperback and can be read as part of your Kindle Unlimited Subscription