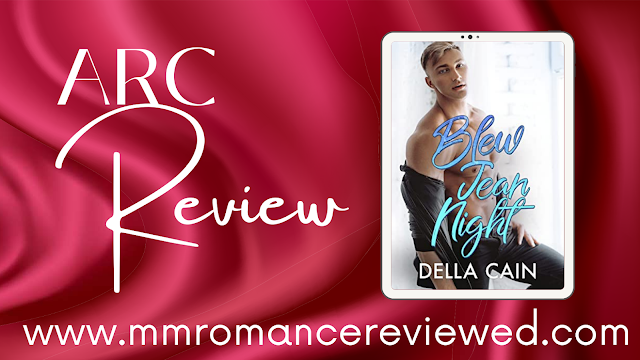 Della Cain's latest Country Daddy, City Little book, Blew Jean Night, is as adorable as the rest...
From the blurb: 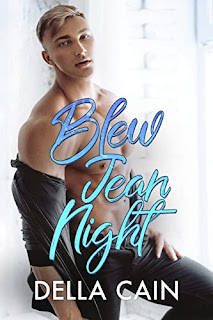 There’s something about a daddy in jeans…but why not one in Jean? He’d sure be up for that.
Jean is shocked to his core when he gets the call saying his beloved grandmother has passed away, and stunned speechless to discover she’s left him her B&B. He has a choice to make, leave the city and a job he loves to keep her dream alive or sell it and keep the status quo. Unfortunately, the decision is soon made for him.
Decker loves his life, running Decker’s Farm and Feed and being surrounded by more cows than people. The only problem: dating in a small town isn’t easy, especially when you want a person who calls you Daddy.
When smexy new stranger walks into his store in need of help, the attraction is instant, but is that enough to risk putting himself out there in a town where gossip is gold and his reputation matters more than it should?
Blew Jean Night is an MM romance featuring a sweet daddy, a little who thought he’d have to leave that life behind in the city, two men discovering opposites really do attract, and the kittens who brought them all together. Blew Jean Night is the fourth book in the popular Country Daddy, City Little MM romance series. Each book focuses on a new couple who find their Kinkily Ever After and includes some familiar faces from Collared Ever After.
Heather's Review:
Jean and Decker have a meet cute moment in the pet aisle of Decker's Farm and Feed and go from there... it's another adorable Daddy story to add to the others in the series.  Jean has never really considered whether he's a little, but he is committed to figuring out who and what he is and what he likes...
Blew Jean Night is a low-angst steamy read and I read it in one sitting.  It does feature characters from previous stories, however it can also be read standalone.
Rating: 4 Stars
Blew Jean Night is currently available as an e-book and can be read as part of your Kindle Unlimited Subscription
4 Stars ARC Daddy Heather KU little Middle Opposites Attract Series Standalone