Tom's Type (Love at the Haven #8) by Stella Shaw 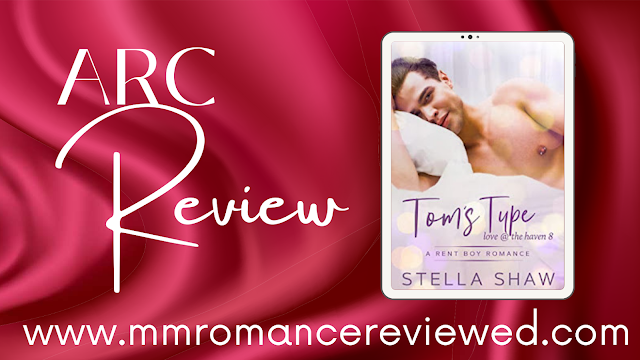 “And he’s not just some guy. He’s rich and successful and is really fucking hot for an ancient old man. I mean, he has to be at least forty!” Tom's Type.
From the blurb:
It was never just about the bedroom. 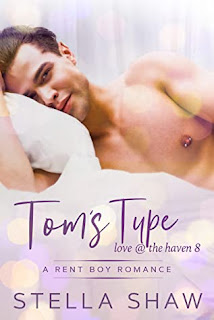 Life as an escort is Tom’s kind of fun. His ambitions are simple: to enjoy himself, speak his mind, and finance his eccentric fashion habit. He’s never found romance, security, or trust from anyone except his found family at the Haven Hotel, where the type of men he meets are passing strangers who hopefully tip well. Then on one hot, summer afternoon at the hotel, he has a steamy, delicious encounter with Mr Flash (aka Craig) and a whole new ambition opens up.
Craig is a high-status banker, twice Tom’s age, and infamous for his honest but blunt ways. The type of men he dates are socially acceptable, discreetly dressed, and well-behaved… and Tom is none of that. But Craig knows what he wants, and that’s more of the gorgeous, infuriating young man who gave him one of the most exciting hours of his life.
The chemistry between them is hot and irresistible, and far more than a business transaction. But dating throws their lives into turmoil: a partnership between a fiercely independent street boy and a privately-educated businessman seems doomed from the start. When they attend a prestigious dinner together, Tom meets public disapproval and way too much formality, while Craig finds his whole career at risk from industrial espionage. They share core values, but is that enough?
Two types of men, different everywhere except where it counts; in their hearts. Together they make their own rules.
Laora's Review:
I have not read all the books in this contemporary series, but Tom's Type was wonderful.
Tom is a force to be reckoned with, even tough he has his insecure moments and he is just the right partner for Craig as he is for him. They complement and strengthened  one another. I really felt for both while reading the book and loved that they found their HEA.
In parts it read as Cinderella at the ball story, but the author steered clear of 'to much' sweet. And when I find the time I want to read the previous books as well.
Rating: 5 Stars
5 Stars ARC Contemporary escort HEA Laora Series Standalone