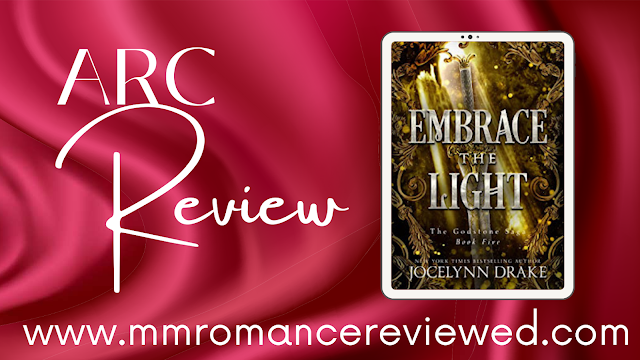 Start this series now as the final book is coming in July 2022. Embrace the Light is the fifth book in a fantastic series with adventure, love, loyalty and sacrifice. 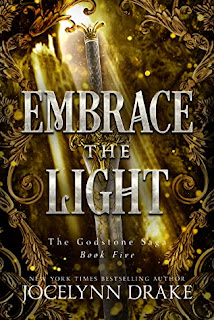 A Tragic Story Comes to Light. At last, Caelan and his companions are heading to see a long-time ally of Erya.
But New Rosanthe soldiers have already moved into the city, and nothing is quite as it seems.
Even as old betrayals reveal new enemies, Caelan’s main goal remains the God of Wisdom and the truth.
The only problem is that time is running out and the Dead God is waiting to claim him.
Embrace the Light is the fifth book in the six-book Godstone Saga fantasy series and is not a standalone. The story contains danger, secrets, bossy gods, stolen kisses, a new king finding his way, a possessive boyfriend, magic, and lots of delicious angst.

Embrace the Light is fifth in the Godstone Saga series,  and must be read in order as this is a continuing storyline. Fantasy adventure. Multiple POV’s.
Of course the action and adventure of this series is front and center as the main characters continue their journey on an epic quest. However, with every single book the main takeaway for me is the family of men that are loving, loyal and willing to sacrifice themselves for any of the others that resonates.

The established couples make their scenes together swoony and there are hints to others building feelings which is a fun secondary arc to the main plot and storyline.

Once again secrets are revealed, hard decisions have to be made, and we have another god introduced into the mix. I can’t believe there is only one book left in this series, which makes me excited for the finale but so sad that this story will be ending soon.

Embrace the Light is currently available in e-book and paperback and can be read as part of your Kindle Unlimited Subscription
4.5 stars ARC Fantasy Gods KU magic multiple povs Series SNik