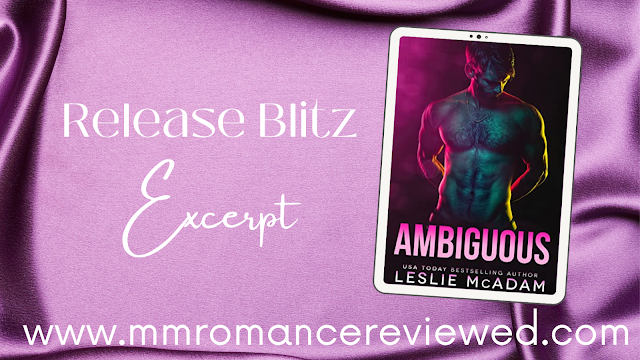 Themes: Coming out, being true to yourself

Love is for other people, not for me.

At least that’s what I believed, until I met him.

The most famous rock star on the planet. A music god with untidy hair and the voice of an angel.

I’ll never be anything but out, and he has very good reasons to stay in the closet.

After all, every move he makes is dissected, critiqued, and posted on social media, so he just wants a little privacy.

I understand that. Truly.

But no one makes me feel the way he does, and I’m pretty sure he has feelings for me as well.

Which is inconvenient since his record label hired me to sue him.

I should’ve sorted things out before I kissed him.

Ambiguous is a forbidden mm rock star romance about a fashion-forward singer who hates labels of all kinds (except for clothing), a dapper attorney who already has a (fake) boyfriend for a very good reason, and the possibility of love saving the day.

Julian takes my breath away. While I’ve met plenty of celebrities, with him I feel this hit to my solar plexus. I freeze, because he’s so hot it’s too much to process.

His black pants are painted on, highlighting his lanky form. He’s wearing heeled black boots with chains on them and a loose, lacy, unbuttoned blouse and piles of long pearl necklaces. Rings on every finger click as he fidgets. His Adam’s apple moves as he drinks from a bottle of water.

He started with a boy band a decade ago. And, while I listen to plenty of pop music, I’ve intentionally ignored him just to piss Emily off. I’m mature like that sometimes. I’m not sure why I even started that—she and I love a lot of the same music and go to concerts together whenever we can, but at some point I decided he was just too cheesy, and then it became a thing. Julian is now on his own, the only one from his original group to have a successful solo career.

Of course I’ve heard his music. I’m generally aware of him, because I live in a condo in America and not under a rock cut off from communication with the outside world.

I’ve just never put his songs on voluntarily. Now I wish I knew more about him.

The table’s been set up for the meeting with bottles of fancy water and carafes of coffee. Readying himself for introductions, Julian sets down his water and stands up.

I walk over to shake his hand, and it’s like it happens in slow motion. One second I’m standing, and the next my toe hooks on a chair leg and I go flying. My flailing wrist manages to knock his open bottle of water from the table, and I take him down to the floor in one fell swoop, splashing water all over him as I go.

He lands on the industrial carpet with an “Oomph,” and I end up sprawled on top of him.

Heat singes my cheeks. Oh shit, oh shit. I won’t blame him if he pulls a diva fit after I ruined his clothes. They’re next season’s Gucci.

I start mentally updating my résumé.

“Oh my god,” I whisper, fumbling up to the table to grab a stack of paper napkins from the coffee service while struggling to get off of him as fast as I can.

Julian frowns, and then he jackknifes up to a sitting position, forcing a laugh. His now-wet shirt leaves little to the imagination, revealing the shapes of tattoos scattered all over his chiseled torso. I kneel at his feet and start wiping his pants, only to realize that, yeah, I’m trying to dry off the crotch of a Grammy-nominated recording artist.

I can’t stop dabbing at his crotch.

With a white napkin.

On his dark designer pants.

I’m making it so much worse—and my reaction to him is getting worse, too. Partly because there’s a bulge underneath that zipper, and it’s not small. Like, not at all small. Partly because he smells amazing—like maybe rum and vanilla—which makes my body hum and my cock wake up.

Even though I don’t live my life as a train wreck, apparently it can get derailed in one second flat.

Leslie McAdam is a California girl who loves romance and well-defined abs. She lives in a drafty old farmhouse on a small orange tree farm in Southern California with her husband and two children. Leslie's first published book, The Sun and the Moon, won a 2015 Watty, which is the world's largest online writing competition. She's gone on to receive additional literary awards and has been featured in multiple publications, including Cosmopolitan.com. Her books have been Top 100 Bestsellers on both Amazon and Apple Books. Leslie is employed by day but spends her nights writing about the men of your fantasies. 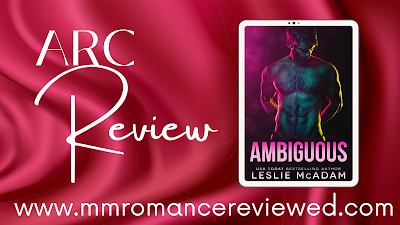