We are excited to bring you two exciting posts featuring Dual Threat today.  This blog tour and review post and also a 10 Things Author Interview with Lola Noire!

It is book 1 of 2 and ends on a cliffhanger.

Will Patrick, now a Superstar NFL Quarterback, be willing to give Ace a second chance? Or will old pain and Patrick’s high-profile personality stand in the way?

Ace, the Billionaire Heir and Patrick, the Help’s son, met when they were sixteen and thirteen years old, respectively. What started as childhood friendship forever altered their lives for better and for worse. Faced with misunderstanding and miscommunication, they went their separate ways hurt and heartbroken.

Years later, they met again. This time, the Billionaire CEO is determined to win his best friend and the love of his life, Patrick, back.

While Ace is determined to rekindle this love, will Patrick, now a Superstar NFL Quarterback, be willing to give Ace a second chance? Or will old pain and Patrick’s high-profile personality stand in the way?

Whether together or apart, both men will fight to the bitter end for their version of happily ever after.

Excerpt from the Prologue

Patrick and I met years ago during a summer vacation at my family’s villa on Highland Beach in Boca Raton. Patrick was 13 years old and I was 16 at the time. As usual, my parents had been fighting. My mother was miserable in our home on Long Island, so she decided to take a trip to Florida to get away from my father and his latest mistress. I could have stayed in New York and hung out with my friends or I could have traveled to any place in the world of my choosing. However, I decided to accompany my mother. Blame it on the soft spot I had for that frail-looking, pill-popping, pale lady.

A few days into our vacation, the grand villa felt more like a four-by-four shoebox. I was bored out of my mind and on the verge of losing my shit. Taking pity on me, Ms. June, the housekeeper and Patrick’s mother, told my mother that her second son, Patrick, her baby boy, as she fondly called him, who was around my age, was also home doing nothing for that summer.

“If that’s okay with you, Mrs. De’Rochard, I can bring him with me to work so that Ace can have someone around his age to talk to,” she suggested.

“That would be lovely if you could, Ms. June,” Mother replied without any hesitation.

“Pat is a good boy, so they should get along.”

“I hope they do. Again, thank you for your thoughtfulness.”

While Mother and Ms. June readily made plans for Patrick and me, I was a bit apprehensive. It wasn’t that I was scared or did not want to meet Ms. June’s son. The truth was I’d had limited contact with Black kids in my young life and I had no idea what to expect. It wasn’t like I didn’t know anything about Black people. I lived in New York City, for crying out loud. However, my inner circle had consisted of only a few selected friends from similar social, economic, and racial backgrounds as me, strategically handpicked by my parents since I was very young.

As the sole heir to the multi-billion-dollar De’Rochard Empire, I had learned early on to be cautious of the constant danger that lurked around me. The risks of being approached by individuals with ulterior motives, being kidnapped, or worse yet, being murdered by someone who had a vendetta against my family were ever-present.”

I was only five years old when my nanny of three years had conspired to kidnap me in exchange for $10 million in ransom. It took the FBI and my parents’ private security team less than 2 hours to locate us in Buffalo, New York and whisk me to safety. Leonora and her boyfriend, the apparent mastermind of the scheme, were arrested. Unfortunately, they did not live long enough to face a judge. My father had made sure to make an example of them just in case someone else might have had a similar idea. Father had been the only judge and jury of that case. The Crusader Disciples had acted as the executioners. My own personal security team was assigned to me soon after, which consisted of no less than three guards and they’d been with me ever since.

To say the least, I was anxious about meeting Patrick. All day I kept thinking that I should lay off the news as the media often portrayed young Black men living in the inner cities as less than favorable. My father’s views on Black men were also not the prettiest, to put it lightly. So, sue me if I had never dealt with any Black people except for some of the help. The night before Ms. June brought Patrick with her, I got really edgy as endless “what-ifs” ran through my mind. I finally fell asleep in the early morning hours only to be plagued by dreams of different adverse outcomes of meeting Patrick.

“Hi, I’m Patrick,” said the small boy standing next to Ms. June by the theater room’s door in a soft and sultry timbre.

I looked up to the most beautiful brownish-hazel eyes that I had ever seen that were covered with unbelievable long lashes.

“Ace… I’m Ace,” I replied a few seconds too late, not realizing that I was staring. I quickly reached for his extended hand that felt so small in mine as I held it a bit longer than I should have.

“You boys, have fun!” Ms. June shouted as she went about her business.

Pat did not pull his hand from mine. Instead, he glanced at our hands with a raised brow. I quickly let go and said the first damn thing that came to mind.

Our eyes met. He smiled, and all of my nervousness was forgotten. What a smile he had! His plump, pink lips covered a mouth with perfect white teeth. His eyes were full of mischief that was made more noticeable by his smile. I marveled at his beauty. His dark chocolate complexion seemed to radiate under the hot Floridian sun. I found myself staring at him too many times during that summer. I didn’t know why, but I could not wait to see him walk back through the door the next day each time he would go home.

Soon, I felt comfortable enough around him to be myself and talk about anything. We would talk for hours and never get bored. We talked about our respective lives. Unlike other people, Pat, the short name I soon began to call him, never asked me about my fortune. He only asked about New York City since he had never been there before; and he expressed a desire to see Central Park. I told him about my friends, school, and some of the countries I’d visited. Like typical teenage boys, we talked about girls and celebrity crushes.

I taught him how to play chess, poker, and countless games on my PlayStation3. He was a quick learner, and it did not take him long to start beating me at the games I had taught him. He eagerly reciprocated my lessons by showing me how to play dominos and lidos. Unlike me, Patrick was into sports. He played both basketball and football. He’d managed to get me play a few games even though that wasn’t my thing. It didn’t matter what we were playing because for that summer, as long as I was playing with Pat, I was happy. Also, we both were excellent swimmers so we spent countless hours at the beach or the heated indoor pool trying to outdo each other. I liked our swimming sessions the most because I could steal glances at his body without any restriction. I particularly liked the tingling sensation in my stomach whenever our bodies touched while we wrestled around.

Patrick was obsessed with the X-Men series. I quickly learned that Wolverine was his absolute favorite character. He could not wait for X-Men Origins: Wolverine to come out the following summer. He shared that his older brother, Lamar, whom he seemed to idolize, had gotten mixed up with a gang and was now serving a three-year prison sentence for possession of narcotics with the intent to sell in a school zone. I noticed the sadness in his eyes when he talked about his brother, and it broke my heart to see how much he was hurting.

Cassie's Book Review:
Billionare, NFL Star, Forbidden Love all together in one story.
Ace De’Rochard and Patrick Paul become friends after Patrick is brought to the De’Rochard Villa to help his mom, Ms. June, the housekeeper  with some tasks.  As the years go by, they begin to develop feeling toward each other.  After their first sexual experience together, Patrick learns that his older brother Lamar was attacked while in prison and unfortunately doesn’t make it.  Ace was trying to contact Patrick to make sure he was okay and never received an answer back, so as a young 16yr old, thought he was being ghosted.  It’s not until weeks, later he learns of Lamars death.  Miscommunication leads Ace and Patrick on separate journeys for years.  Ace goes abroad to study and only comes back when his father has a heart attack and he needs to take over of CEO of his family’s company.  Patrick’s journey leads him to Michigan State University and he becomes a number one draft pick for football.  He ends up going pro with the Stars out of New York where Ace lives and is family friends with the teams owner.  Eventually, Ace and Patrick reconnect and finally hash out the past.  They have to keep their relationship secret so Patrick doesn’t lose his career in the NFL, as he is black and gay.  This book does end in a cliffhanger, with a postcard from Patrick’s ex in mail.  Loved the story, following these characters from high school age to adulthood, fighting their inner selves over the sexuality, and racial aspects.  You see the miscommunication that every relationship has and its effect on the characters, how it shapes them and their future.  If you love billionaires (Ace De’Rochard), NFL players (Patrick Paul), childhood friends from different racial backgrounds, you will enjoy this book.  I am looking forward to the next book in the series, to see if they stay together or if Patrick gets back together with his ex.

Born in Haiti and bred in Brooklyn, NY, Lola Noire is a passionate fan of all things sports and has a love-hate relationship with traveling. Lola is an alumna of Niagara University, John Jay College, and National University of Ireland, Galway. 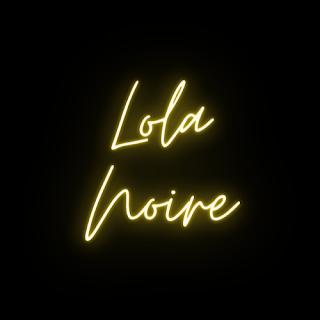