Without A Doubt by E.M. Lindsey 5* (Love Starts Here book 1) 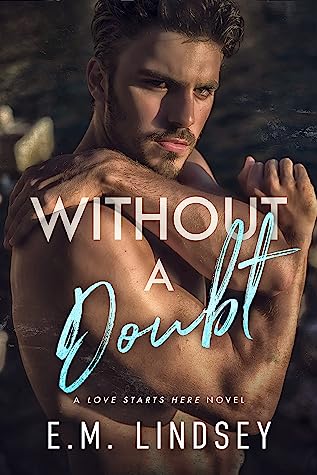 I love books that don't follow the prescribed formula of meet-cute in the first few chapters and E.M. Lindsey delivers with Without A Doubt!

How did the worst date of his life turn in to the man of his dreams?

Carter Winter’s not sure there’s anything worse than watching the man he’s on a date with slip his number to the bartender… except maybe finding out six months later that his bad date is his new boss who doesn't seem to remember Carter or that night. He wants to run, but he also knows he can’t pass up this opportunity. After all, it's been his dream to work at London Enterprise, and he can't turn it down now, even if it means working as a PA for Rhys London.

Fortunately, Rhys seems like an entirely different man. And while Carter doesn’t want to trust him, that isn’t easy when Rhys makes him want to believe in second chances. Carter’s been burned before, but being graced with one of the man’s rare smiles, Carter finds himself absolutely helpless against the racing beat of his heart.

Rhys London has never been a man of feeling. Spending most of his life running his company and cleaning up after his destructive brother, he hasn’t had time for things like love.

And while Rhys is used to losing out and shutting off his heart, something about Carter makes him want to reach for the unreachable. After all, Carter is the first person he’s ever met that makes him believe in love, without a single doubt.

Without A Doubt is the first book in a romantic, light-hearted, small town trilogy. It contains no cheating, and a happily ever after.

It may take a little patience to find the potential in this book after the angst in the first few chapters but if you persevere you will find a beautiful love story between Carter and Rhys and some great funny moments as well!
5 Stars ARC Romance