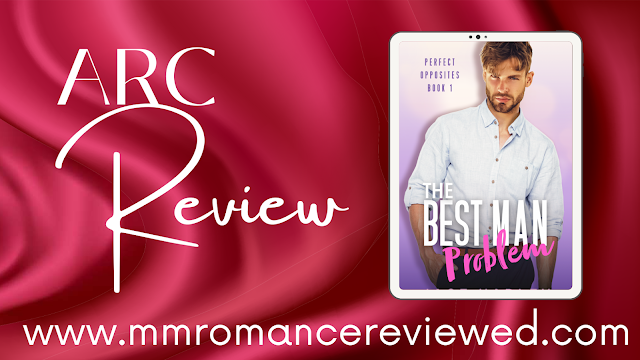 New author coming in hot - Jace Hadley's first book in the Perfect Opposites series, The Best Man Problem,  is a fun and entertaining read. Rival professors not so buttoned up during a wedding celebration that find they could collaborate on more than history research.
From the blurb:
Two rival academics. A wedding. One hot night that changes everything... 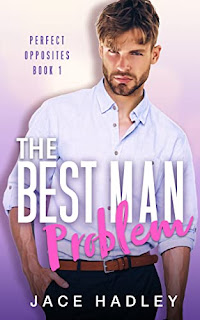 David has two settings: zero or one hundred. His all-or-nothing brain drives boyfriends away and has left his academic career a mess. After his latest relationship dies with a whimper, he just wants to forget about romance.
Jeremiah call-me-Jay is charming, sociable, and the rising star of his department. All that’s missing in his life is love. Unfortunately Jay has a bad habit of crushing on straight guys—like his hunk of a colleague David Merrick, who glowers every time Jay flirts in front of him.
When David turns up as a groomsman at Jay’s brother’s wedding, those glowers turn to smouldering looks. Jay gets the picture: David’s not so straight, and a wedding fling is definitely on the table.
The more time they spend together, the more David comes to realize the real Jay is someone he could fall for in a hot second. But he’s not sure if he’s ready for serious again.
After two years of pining, Jay is ready to take everything David’s willing to give him. Will he be left broken-hearted when David decides it was all just a fling?
The Best Man Problem is a steamy rivals-to-lovers romance featuring wedding disasters, forced proximity, plenty of banter, and two prickly opposites finding the courage to chase their happily ever after.
SNik's Review:
First in series (Perfect Opposites). Rivals to lovers. Close proximity. Dual POV.
History professors David and Jay haven’t seen eye to eye since Jay joined the department 2 years ago, but a lot of that is due to miscommunication and simmering attraction.
At a destination wedding where Jay is the best man and David is a groomsman, they give into their attraction, but David is a serial monogamist on the rebound and Jay isn’t sure he knows how to be in a relationship.
More background for David and Jay and emotional sharing would have pushed this book into almost perfect territory, but I really liked David and Jay together, the secondary cast of characters, the writing was well done and the steamy interactions were great.
The Best Man Problem is an absolutely fantastic introduction to a new series and author, I can’t wait to see more from Jace Hadley. 4.5 rounded up.
Rating: 4.5 Stars
Heather's Review:
The Best Man Problem was built on miscommunication and misunderstandings and I was totally there for it!  The backstory was interwoven into the present seamlessly, so you got the gist of their ongoing feud and what fueled it from each side, along with healthy doses of chemistry, which they both fought to ignore... until they couldn't..
I have to say that some of the story was a little far-fetched and it took me out of the book a little bit, and I wanted more emotional depth, but otherwise the story was well paced and well written and I look forward to more from this new author, both for this series and beyond!  As an added bonus, I loved that this book was set in Canada!
Rating: 4.5 stars
The Best Man Problem is currently available as an e-book and can be read as part of your Kindle Unlimited Subscription
4.5 stars ARC Contemporary Forced Proximity Heather KU Opposites Attract Rivals Series SNik steamy