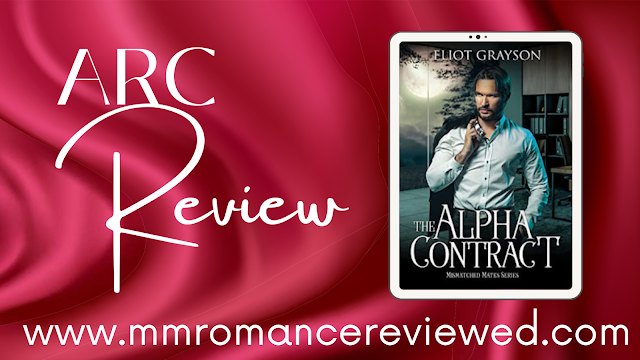 The Alpha Contract is a return to the Mismatched Mate's series but can be read as a standalone.
From the blurb:
Sometimes you get what you pay for. Sometimes you get more than you bargained for... 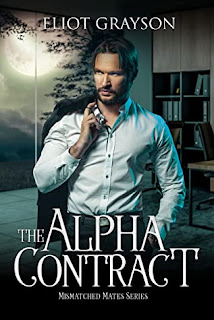 Brook's alpha-centric family doesn’t respect him. He'll only succeed his father as CEO is if he takes an alpha mate. But an alpha is the last thing he wants. Brook likes to be on top, in life and in bed.
A paid mate seems like the ideal solution. The alpha can run interference with Brook's family, but Brook will be in charge. When he hires Dimitri, a rough-around-the-edges criminal who's deep in debt and desperate enough to take any job, Brook expects a transactional relationship. One night together to form the mate bond. Simple.
Dimitri's never been with another man, but how bad can it be? Even if Brook is a snobby rich dude, like his family. Only he isn’t. He's funny, honorable, open-minded, and surprisingly vulnerable…and an unexpectedly willing lover. Dimitri's protective instincts are as aroused as his body.
Brook can’t help responding to Dimitri's kindness, humor, and ability to take charge, in bed and out—something that's never appealed to Brook until now. And that makes things anything but simple.
It's supposed to be a means to an end. A mutually beneficial arrangement. But for this to be anything more, they'll have to expose their family secrets and admit their real feelings…
The Alpha Contract can be read as a standalone and is only loosely related to the previous book in series, Lost Touch. Contains an alpha-for-hire, a wealthy executive with a plan, and plenty of knotting. This series does not contain mpreg. HEA guaranteed.
Janet's Review:
The Alpha Contract was sooo freakin good!
Brook needs an alpha mate to be a face for his family. He wants to run the company.
Dimitri needs money to pay off his debts, he’s kind of rough and gruff in the beginning but he’s actually kind of sweet at his core.
I quickly became attached to both of them and was rooting for them, but my lies with Dimitri!! Holy sweet alpha goodness!
My only wish for the story was to have Dimitri’s POV.
Overall, a really freakin good read that is well written with good pacing that flowed nicely.
Rating: 4 Stars
The Alpha Contract is currently available as an e-book and can be read as part of your Kindle Unlimited Subscription
4 Stars ARC for hire Janet knotting Paranormal Series shifter Standalone