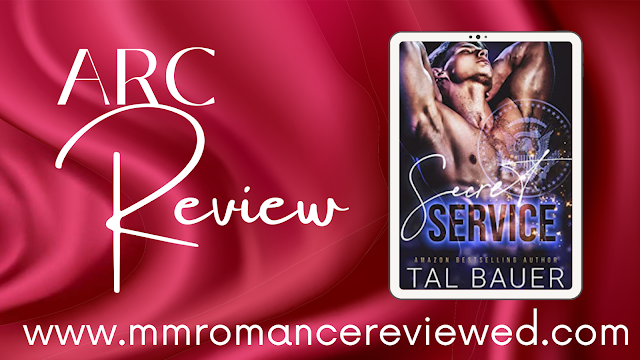 Loving the President of the United States could jeopardize careers, policies, his heart. But secret service agent Reese Theriot cannot survive without President Brennan Walker and will sacrifice anything to love him and keep him safe.
From the Secret Service blurb:
A passionate, thrilling, and addictive standalone MM romance. 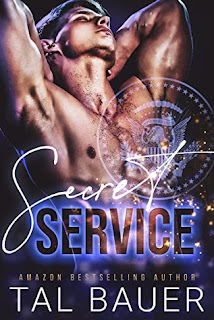 President Brennan Walker captivated me from the moment I walked into his Oval Office.
He’s a mystery I’m determined to unlock. I don't know what's hiding inside Brennan's gaze when he looks my way, or why black lightning keeps crashing between us. He’s a storm at midnight, a dark moon rising, trouble on the horizon.
I’m on the verge of sliding into discoveries and truths that maybe I’m not ready for.
I've never been with a man, but now? I'm dreaming about his bleu clair eyes and wondering what it would feel like if his lips touched mine. There’s something here, something between us, like the oxygen we’re breathing is igniting before each inhale.
But he’s the president. I'm his Secret Service agent. He’s the job.
He's forbidden.
If we cross this line, Brennan could lose everything.
I know I have to walk away.
But I can't.
How much are we willing to risk?
And how badly will this go up in flames?
◆ ◆ ◆ ◆ ◆
Secret Service is a standalone MM romance, full to the brim with passion, suspense, and forbidden pleasures. Fall in love with Special Agent Reese Theriot and President Brennan Walker... and hold on tight for the ride of your life.
SNik's Review:
Standalone. Close proximity. Action/suspense. Dual POV.
Brand new to the office, President Brennan Walker’s number one priority is his humanitarian agenda, but meeting the head of his secret service detail may blow his carefully hidden sexuality out into the open and derail his presidency.
The moment secret service agent Reese Theriot meets Brennan in person there begins a deep yearning and passionate pining for the man that is out of his reach, to be near him, to love him, to be with him forever, but Reese doesn’t want to be the reason for Brennan’s possibly great presidency to fail.
There is timeline jumping that shows the past and reveals the progress of Brennan and Reese’s relationship and provides background to build the basis for the current suspenseful and action packed events unfolding.
As usual in a Tal Bauer book, this story is well written with beautiful prose and heart wrenching emotionality, characters to root for that display loyalty, commitment and unbreakable feelings of love and sacrifice.
Suspend disbelief a little, and immerse yourself into the romance and this book will grip you and give you two new favorite characters willing to do anything to be together.
Rating: 4.5 Stars
Janet's Review:
Engaging. Mesmerizing....
I feel the need to decompress…
Fantastic, Outstanding, phenomenal!! There aren’t enough words to describe this story. Secret Service was engaging, mesmerizing, it hooked me and didn’t let me go. My heart was racing and in my throat several times. Edge of your seat action and a romance that you have no choice but to root for.
Secret Service begins with an established couple, Reese and Brennan in the opening sequence but then we get the opportunity to see how they met and their romance. Reese is Secret Service and Brennan is the President of the United States. They break all the rules by falling in love. Reese is torn and worried he’ll destroy Brennan’s life and career. Brennan has hidden who he is at his core for over twenty years. Their ups and downs and let me tell you that you’ll fell every one of those ups and downs. The author has a way of making you feel like you’re in the story with them.
There are secondary characters in the story that will grab your attention and some that will gut you! I didn’t even see that ending coming, it shocked and rocked me to my core I was so vested in the story. I felt the need to decompress, I was crying so hard at several points in the ending.
The attention to detail and world building were phenomenal! The twists and turns, trust no one!!
Overall, If I could give this more than five stars, I absolutely would!! It definitely deserves it. Well written with that perfect pacing that makes it so that you do NOT put the story down until it is finished. It left me smiling with tear streaks on my face.
Rating: 5 Stars
Secret Service is currently available as an e-book and can be read as part of your Kindle Unlimited Subscription
4.5 stars 5 Stars ARC bi awakening bodyguard close proximity Contemporary forbidden relationship Janet KU SNik Standalone