Finder Deluxe Edition: To the Edge, Vol 11 by Ayano Yamane 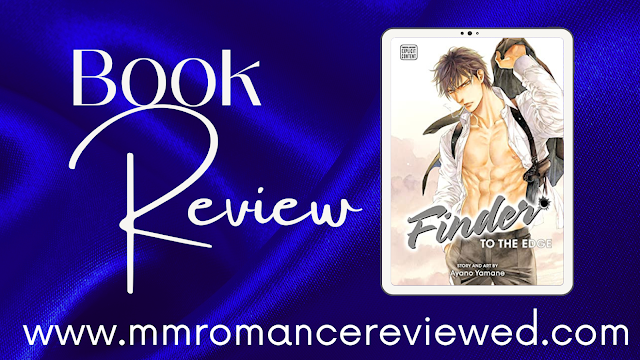 Our reviewer, Jacquie, decided to review something a little different - Finder Deluxe Edition: To The Edge, Vol 11, the manga series by Ayano Yamane, focusing on the most recent edition, vol 11, which released on kindle last month and paperback this week.
From the blurb: 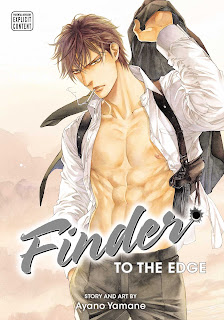 Pain and pleasure collide when a sophisticated underworld boss crosses paths with a naive photographer hell-bent on bringing him down!
This deluxe edition includes never-before-released material as well as a double-sided color insert and special cover treatment! Photographer Akihito Takaba takes on a risky assignment trying to document the illegal activities of the Japanese underworld. When he captures its leader—the handsome, enigmatic Ryuichi Asami—in the crosshairs of his viewfinder, Takaba’s world is changed forever.
Asami prepares to face off against his greatest enemy yet! Worried for Akihito’s safety, he tells him to wait somewhere safe. But sitting idly by has never been Akihito’s thing, so he insists on staying by Asami’s side. The two know that when the big showdown begins, there will be no turning back. Will they prevail once again, or has their luck finally run out?
Jacquie's Review:
To catch up on the To The Edge series - Akihito has captured Asami''s attention and they have had a very up and down relationship. Akihito has run from Asami several times and ended up in the clutches of Asami's frenemy, Fei Long.
Asami has been betrayed by someone in his organisation and he, Fei Long and a Russian, Mikhail, all are working together to fight this greater enemy.
This edition is the culmination of several editions in the To the Edge storyline and it is so dramatic!
My initial thoughts went something like: Um...Holy...s**t. There's the conclusion to one story arc but then the start of a new one with a major cliffhanger 😱 The bonus content was so cute though, but damn.
Now I've had time to process it. I really can't get over that cliffy! I get the feeling that Asami knew something was wrong and will fix it - he's always several steps ahead - but yikes! How are they going to get out of this one?
As always, the art is fantastic. I could look at it all day. The additional content is adorable and so are the little posters you get with the paperback editions. I'd love to have them on display, but they can be a tad suggestive!
A decent amount of steam, but the focus is on the action this time. There are fewer triggers too - early in the series, Akihito isn't into men and doesn't get much of a choice when he is pursued by Asami and Fei Long. There is some violence but if you like mafia and non and dub con aren't an issue for you, then I really think you'd enjoy the series.
Rating: 5 Stars
Finder Deluxe Edition: To The Edge, Vol 11 is available on Kindle & comiXology. Also in paperback edition.
5 Stars Cliffhanger Jacquie Mafia Manga Series Trigger Warning