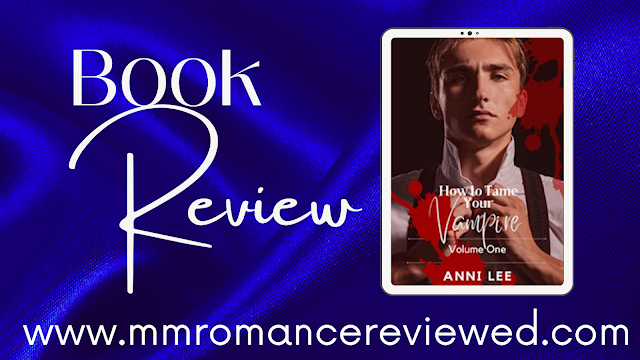 How to Tame Your Vampire is a great series introduction and establishes what will undoubtedly be an interesting world.
From the blurb:
Jared wasn't ready to graduate and go off into the real world. He was even less ready to get jumped by a vampire and wake up with an insatiable hunger for blood. 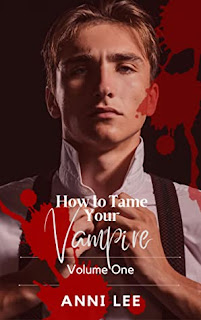 So when his sire hauls him off to VSUN, a Vampire Academy in the hills of California, figuring out how to be an adult with a job and taxes now seems trivial compared to fighting his growing need to feed on the life force of others. Especially when he discovers the only life force that will calm his hunger... is the blood of other vampires.
Hidalgo Faust can't explain why he chose to turn Jared, nor why Jared's vampire curse only allows him to drink from other vampires. And when Jared starts taking on the personality traits and gaining control of those he's fed on, he also isn't sure if he's going to be able to use Jared's power for his own whims... or if Jared is going to be using him.
Trying to stay low key in a school full of potential prey, Jared has a lot to learn about taming his inner vampire. And when memories of Ancient Egyptian wars start surfacing in his mind, he has a lot to learn about the past lives (And still living enemies) that brought him to this point.
NOTE: How to Tame Your Vampire is a Kindle Vella serial. This version is a boxset of episodes 1-45. It is an ongoing series and does not have a scheduled end date. You can expect complex vampire lore, Ancient Egyptian mythology both real and imagined, scheming, gay romance, and increasing amounts of spice and heat. Volume One contains episodes 1-45!
If you enjoyed Male/Male Romance, with the school setting of Vampire Diaries, the quirky enemies-to-lovers humor of Red, White, and Royal Blue, and the Epic Egyptian mythology of Yu-Gi-Oh, you'll love How to Tame Your Vampire
Jacquie's Review:
I'm a big fan of this author's Zodiac Werewolf series so it was a no brainer to pick this up when I got the email that Anni Lee had a new book out. Unlike the Zodiac Werewolf series, this one is light on steam so far, there's just some kissing really but it suits where the characters are in the story. Told in shorter chapters, this is a kindle vella story packaged conveniently for those who don't get vella, into book form. I don't know if I can get vella in the UK yet so I'm just going to hold out for the next installment. I can sense there's going to be a big complicated plot with Egyptian mythology getting involved and I'm here for it. I love how detailed the author's plots are.
These vampires are very morally grey so there is a fair amount of violence and bloodshed going on. Jared is easy to like and I feel sorry for all the burdens placed on him. He was turned against his will, and his sire isn't the best at leading him. There's a great enemies to lovers vibe going on. Hidalgo really doesn't want to be drawn to Jared, but he is and there's a lot of chemistry between the pair. Looking forward to book 2
Rating: 4 Stars
How to Tame Your Vampire  is currently available in Kindle Vella, Kindle e-book, hard cover and paperback and can be read as part of your Kindle Unlimited Subscription