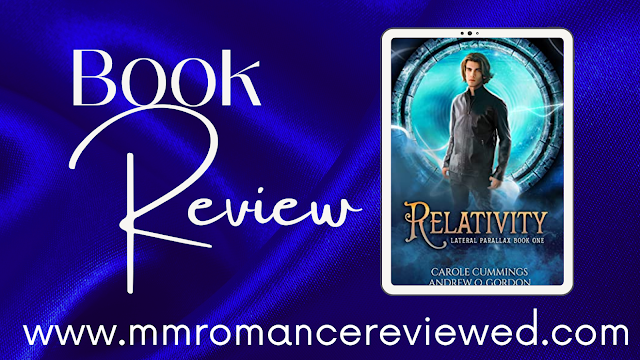 Best friends to love interest with a healthy dose of sci-fi! Almost no heat In the first installment.

From the Relativity blurb: 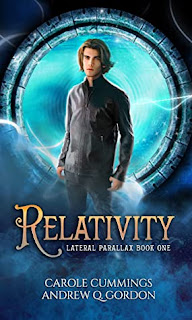 We’re not alone. There are an infinite number of universes and no two are the same.
For Nathan Duffy, life involves several truths—he has an iron grip on his talent, he will never walk again, and he will never stop putting his best friend Camilo Almenara ahead of his own well-being. In a world where talent can kill or save, Nathan’s nearly did both at the same time. When a drunk driver T-boned Cam’s car, Nathan lost control of his talent. He saved his best friend and nearly killed himself.
Nathan thought the accident that left him with lifelong mobility issues was the worst pain he would ever experience. He was wrong. After years bottling up his talent, it finally breaks through. The hallucinations he experiences induce pain beyond anything he’s felt. It also means he is a danger to everyone he is close to.
For Cam, life has its own truths. Nathan only had the power to save one of them, and he chose his friend. Cam walked away without a scratch, but the guilt is never far. He’s spent the years since the accident taking care of Nathan—or at least trying to. Now something is happening to his best friend and Cam can’t help. So he goes to the one person who can--his father, Colonel Caesar Almenara, a walking legend whose talent has no equal. And who also refuses to help.
If Cam and Nathan don’t find a cure fast, Nathan will quickly find himself drugged, drafted, and shipped off to war. Desperate and angry with his father, Cam takes Nathan to the one person he thinks can help, a friend of his deceased mother who helped work on a top secret military project that could be behind Nathan’s condition. A project Cam’s father led.
When Cam’s father tracks them down, Nathan is out of time. He offers to go quietly, but the Colonel has other plans. One that includes the other personality that keeps taking over Nathan’s mind. If the Colonel succeeds, Nathan has a chance at a better life. If not….
Nicole's Review:
Relativity was so engaging! I couldn't put it down. SciFi isn't normally my thing, but I loved the multiverse theory in this story!
It was very light on the romance. That may change with the next book, but the MCs have some work to do to build that relationship.
All in all, this wasn't what I was expecting in the least and I loved it!!!!
Rating: 5 Stars
Janet's Review:
Relativity is the first in a new series called the Lateral Parallax series. It was really well written with great world building.
Cam and Nathan had known each other for most of their young lives. Nathan had lost control of his talent when they were young. He injured himself but he saved his best friend Cam. Cam feels guilt and wants to help Nathan.
The story hooked me, kept me engaged, and the characters were well developed.
Overall, a great read! The story was really well written, the pacing flowed smoothly, highly recommend.
Rating: 5 Stars
Relativity is currently available in e-book, hardcover and paperback and can be read as part of your Kindle Unlimited Subscription
5 Stars ARC best friends to lovers Janet KU low heat Nicole Sci-Fi Series