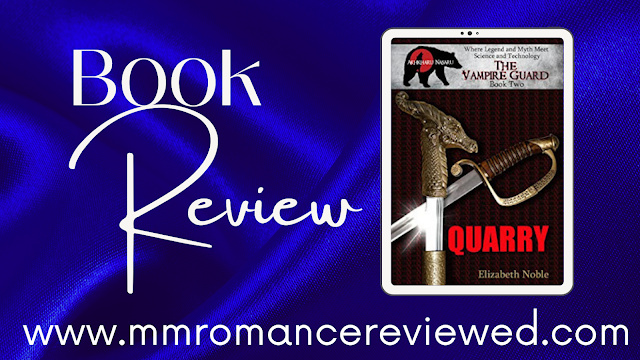 Jacquie continues her read through of The Vampire Guard series with Quarry. 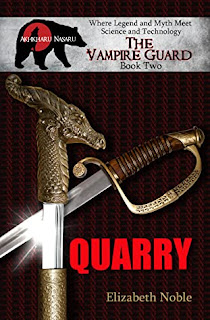 Four members of The Vampire Guard—Forge, Blair, Declan, and Lucas—face a dangerous and elusive enemy. And this time, it’s personal.
When massive tech outages impact everything from Wi-Fi to traffic control, Blair, Forge, Declan, and Lucas think it’s a simple matter of catching troublesome hackers. But they quickly realize far more is at stake.

Millions of dollars in art are the target of a thief who’s not afraid to kill---and he’s no stranger. Not only has he escaped capture, twice, a decade ago, but he’s had a hand in life-altering tragedies throughout their lifetimes.

Once it becomes clear that art theft is just a fraction of his plan for mass destruction, they realize time is running out. The clock’s ticking. Catastrophe is imminent. Can they find and disarm all the bombs in time or will countless lives be lost?

It was much easier to get into Quarry than Code Name Jack Rabbit, perhaps because I had more of the background on each of the characters. Here there are chapters flashing back to how Forge was turned and why. We also get some more of an idea at how fate pulled them all together and made them such a great team. These guys know each other pretty much inside out.

Low on steam and sometimes there were too many names for me to get to grips with, but I really like this group and the cases that they are solving are entertaining.