Chef in the Wild (Sizzling in the Kitchen #1) by M.J. O'Shea 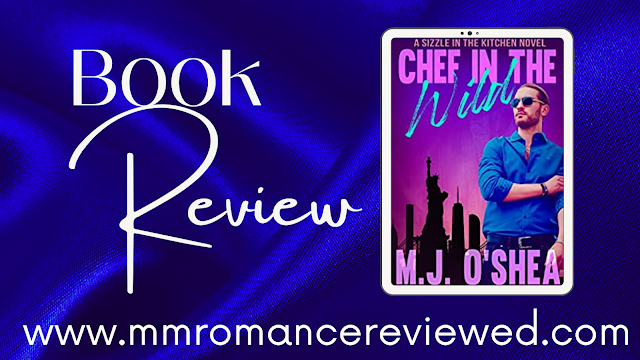 "He had everything till he didn't." Chef in the Wild
From the blurb: 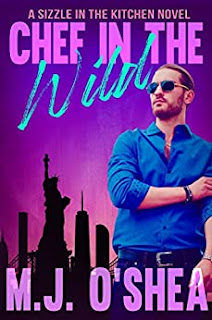 Chef Baldwin Powell has everything he could ever want … until he doesn’t. Fancy parties, celebrities, magazine write-ups, his own little empire of stainless steel and fire – he thought all of it was forever. It only takes one awful meeting for everything he’s worked for to be yanked out from underneath him. And one fateful meeting with the owner of food truck, of all things, to realize maybe what he thought he wanted isn’t what he needs after all.
Murphy Haynes chose a different route. He decided right away that high-pressure kitchens weren’t for him so he took his skills on the road. If he happens to stop in a certain well known chef’s neighborhood more often than anywhere else on his route, sue him. He’s his own boss for a reason and there’s something about Baldwin Powell that he can’t resist.
They’re opposites in nearly every way – On paper it should be a disaster. But life and love in the wilds of Manhattan rarely work out the way anyone expects.
Marie's Review:
This is a brand new author for me. I will definitely be reading more of their books.
Chef in the Wild was a very good start to a series. He thought he did everything he ever wanted and then he lost it all. It turned out that was the best thing that could have ever happened to him. He got back to the roots of what he really wanted to do. Lots of misunderstandings throughout the book. But the relationship builds on those misunderstandings. Great story! Can't see wait to see what happens next!
Rating: 5 Stars
Chef in the Wild is currently available in e-book and paperback and can be read as part of your Kindle Unlimited Subscription
5 Stars ARC chef Contemporary KU Marie Series