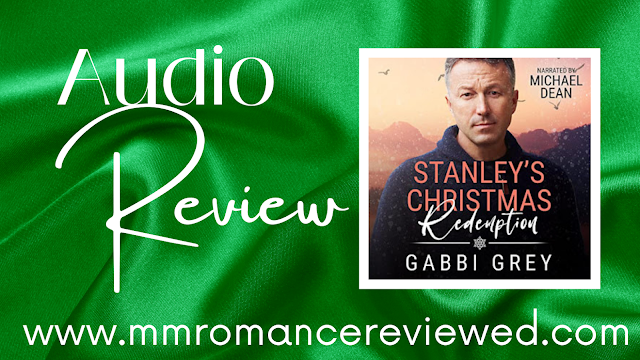 Stanley's Christmas Redemption is an 85K word, opposites-attract, instalove, mid-angst gay romance novel. Previously published in the charity anthology Secret Santa: A Romance Collection, the story has quadrupled in size with more love, laughs, and a touch of Christmas magic.
From the blurb:
Stanley
I have life figured out—a good job, a nice car, and an ex-boyfriend whose heart I broke. But then my half-brother dies unexpectedly, and I go back to our hometown to settle his affairs. A quick trip before Christmas. Instead, I get the shock of my life. Do I face this new challenge or do what I’ve always done—run? Or will I stay and get to know the most amazing man I’ve ever met and take on a responsibility I've never dreamed of facing? This will be a holiday season like no other. 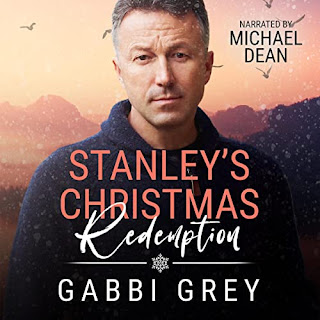 Justin
I’m a therapist who helps people deal with grief. My life is fulfilling. So what if I’ve been single for years? I have the kids I counsel and coworkers I adore. Maybe I’m tired of going home to an empty house and not looking forward to another Christmas alone. But I’m not going to be taken in by some slick city guy who can’t wait to leave town. I’m not going to upend my life just because I’ve met the man of my dreams. Right?
This is an 85,000-word opposites-attract, instalove, mid-angst gay romance novel. Previously published in the charity anthology Secret Santa: A Romance Collection, the story has quadrupled in size with more love, laughs, and a touch of Christmas magic.
Tatted_book_freak's Review:
Stanley's Christmas Redemption was my second audio experience and boy does a voice have a lot to do with the words! I had some difficulty finding the needed connection with this narrator, though the storyline was an emotional journey and overrode the sought after attachment.
There was quite a bit of attachments that were unable to be fulfilled as this was my first book in what apparently is a series. I was able to understand what had previously occurred between Stanley and Maddox, but a little more history would have been greatly appreciated.
To me, Justin’s age shown through with his inability to handle emotions. But, I couldn’t exactly except much from a younger man. His relationship with Angus though was phenomenal, but he was also able to relate and understand what he was experiencing.
Justin and Stanley together was tricky, mainly because of Justin’s age mixed with Stanley’s initial reluctance of taking on his brothers child. Though Stanley did seem more accepting of the possibility of a relationship with Justin, while Justin’s age once again continued to shine through.
Rating: 5 Stars
Lesetiger's Review:
This book can be read as a standalone. However, if you have read "Ginger Snapping All The Way" before, you already know one or two of the characters.
Stanley has done things in his life that he now regrets. But sometimes you start a new beginning unexpectedly.
Stanley goes home because his stepbrother has died. What he doesn't know is the fact that he has an 8-year-old nephew whose father wanted Stan to take care of him. Stan, of all people, who never wanted children.
I liked Stanley's character development, trying to make the best of circumstances while always keeping Angus' needs in focus. That made Stan incredibly likable.
The story is not light fare, but it entertained me well. It's about grief, loss and heartbreak, but also love and hope.
Angus took my heart by storm, he is really sweet and yet has had to go through so much.
With Angus's therapist Justin, however, I unfortunately did not really warm up and I could not understand some of his actions. Also, the insta-love was not convincing for me.
The audiobook was narrated by Michael Dean, who did a great job as always. He brought the story to life, gave the characters different voices and was a pleasure to listen to.
🎧Audiobook Review🎧
Overall: ⭐️⭐️⭐️⭐️️
Performance: ⭐️⭐️⭐️⭐️⭐️ ️️
Story: ⭐️⭐️⭐️️⭐️
Stanley's Christmas Redemption is currently available in e-book and Audiobook and can be read as part of your Kindle Unlimited Subscription