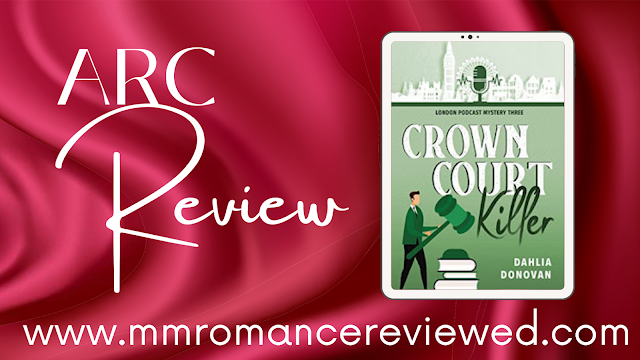 This series is an overlooked gem. A favorite couple returns with another cozy murder mystery. Osian and Dannel are back with their amateur sleuthing, getting into trouble with the help of their friends and family.
From the Crown Court Killer blurb:
Months after saving their flamboyant theatre friend from disaster, Dannel Ortea and Osian Garey are back with a thrilling murder investigation in the third London Podcast Mystery series novel. 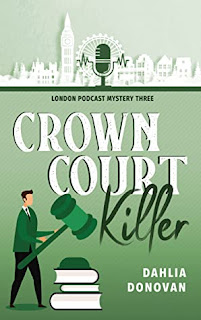 Dannel and Osian's breakfast double date rapidly devolves into a murder mystery when a dead body is found in their solicitor friend’s car. Wayne is taken for questioning by police. He was last seen arguing with the deceased.
When Wayne’s tie is identified as the murder weapon, it’s hard to refute the growing evidence stacked against him.
Convinced of their friend’s innocence, Dannel and Osian throw themselves into the investigation. When Wayne’s boyfriend, Roland, finds himself suspended from the police, they realise powerful people are involved in the murder.
With a philandering crown court judge, two disgruntled wives, and an angry client as suspects, the clock is ticking for them to find the killer before Wayne winds up arrested—or dead.
SNik's Review:
Crown Court Killer is the third in the London Podcast Mystery series, and best if read in order due to the continuing cast of characters. Established couple. Dual POV.
Back in London with Osian and Dannel and I couldn’t be happier with this comfort read. A few months after the last book’s mystery, Osian and Dannel are happily planning their wedding while working on their true crime podcast and cosplay costume fabrication business.
As expected they are drawn into the investigation of a murder when one of their friends is suspected and they call in their entire friend group to help with their amateur sleuthing to the exasperation of the police.
The steady, familiar and loving relationship of Osian and Dannel is my favorite part as well as the supportive and caring group of family and friends. Constantly questioning suspects and trying to uncover the truth while eating pizza and chips, and crisps and cake, this book is another great addition to the series and I smiled throughout the reading.
Not sure why this series by Dahlia Donovan entertains me so much, maybe the likable characters, the excellent writing and the cozy mysteries, but I am here for however many more the author is willing to write.
Rating: 5 Stars
5 Stars ARC Contemporary dual pov Established Relationship investigation mystery Series SNik