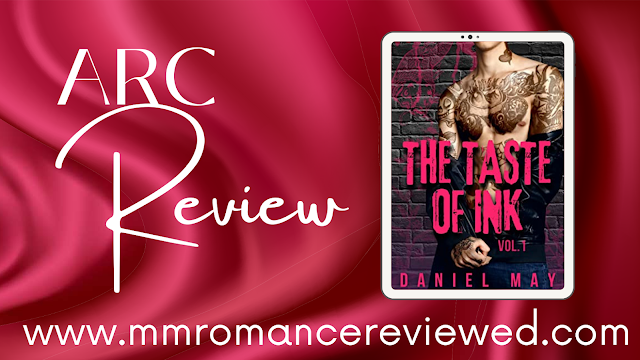 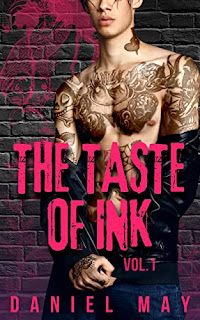 "If he gives you everything you need, then why are you here?"
Trinket has everything he wants, and it’s not enough.
Perfect boyfriend, Siebold AKA ‘Zee,’ adores him. It took years of mutual pining to confess their feelings, and Trinket should be elated to finally have what he wanted — but the night of their confession went horribly wrong. Two years later their relationship has yet to recover. Zee has the love, the money, the unending patience, but it isn’t enough. Trinket is still insecure in bed — even afraid. Despite his best efforts, Zee can do no right.
Tattoo artist Mini can do no wrong. From the minute he and Trinket met — when Trinket tried in vain to mend his relationship with a two-year anniversary tattoo — no taboo has been off the table.
Trinket didn’t mean to cheat.
But he also doesn’t mean to stop, or to leave his boyfriend. For the first time in his life, he plans to get everything he needs, or lose it all trying. Everything will change — not just for himself, but for the two men he can't possibly choose between.
The Taste of Ink is book one in a high heat, slow burn MMM trilogy with a happy ending. This trilogy was originally published as a series of seven books: A Taste of Ink, Lost in the Linework, A Guilty Canvas, A Stanza on Skin, A Darker Palette, The Color of Need, and a Final Stroke. The Taste of Ink contains content from the first three books. It has been lightly revised, with a few small changes and an extended ending in the third book.
Heather's Review:
First off, this story is delicious but not for everyone - there's cheating, some dub-con, and a lack of communication between two of the mc's that can be incredibly frustrating...  This is definitely an erotic journey and because it ends on a cliffhanger, doesn't yet have a HEA.  Trinket and Zee are fumbling into things, based on suggestions from Mini, who has his own agenda and ideas... it's becoming a complicated dynamic that I'm ready to read more of!
If you like a dark romance with BDSM undertones and some incredibly steamy scenes, and especially if you find tattoos erotic, you'll want to start reading the Taste of Ink series now so that you can continue the series when the next part drops in early May!  If you're one of those people who prefers to binge, so be it - the third installment isn't far behind - scheduled to come out at the end of May.
Rating: 5 Stars
Reading To Stay Awake's Review:
O.M.G!!!! If you haven't read Daniel May before then be warned this book is 'all that and the kitchen sink!' I literally cannot find the words to cover my feelings about this book but suffice to say as I type this review I'm almost finished book two and already have book three in my kindle!
Daniel May's style of writing definitely suits my style of reading but I would suggest that you READ THE TRIGGER WARNINGS prior to starting the books.
This book is crude and lude and rude and a fantastic read. If that's what you like I'm totally recommending it to you for your kindle xx
Rating: 5 Stars
The Taste of Ink is currently available in e-book and paperback and can be read as part of your Kindle Unlimited Subscription
5 Stars BDSM cheating Cliffhanger DubCon Heather KU re-release Reading to stay awake Series Trigger Warning