The Star Gods' Slave by AT Lander 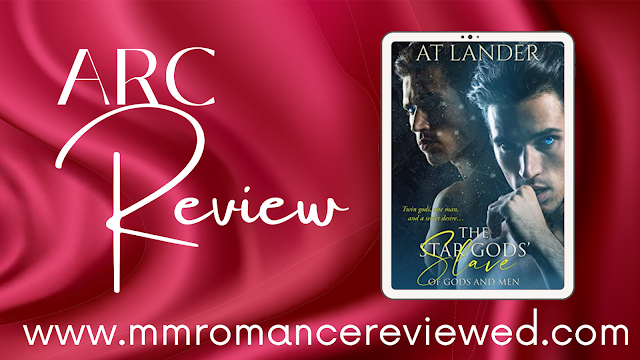 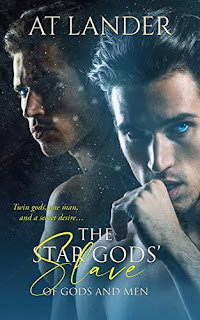 Twin gods, one man, and a secret desire…
Lucius, a handsome and bookish Roman sailor, knows his fate is sealed when he’s captured by pirates and sold as a slave. Yet his new master is far more than he seems and brings Lucius into a world unlike any he could’ve imagined.
The Gemini twins—the roguish Castor and the kindly Pollux—might seem as different as night and day, but they’re a match in gorgeous looks and dominant mastery. Kept apart by fate, the brothers both find their attention drawn to a single, mortal man—Lucius.
Free of his chains and the shackles of custom, Lucius can finally submit to his desire and embrace true love. Yet there are secrets in the star gods’ realm, an ancient darkness with the power to tear them all apart.
Can Lucius save his rescuers from a thousand-year-old nightmare or will three hearts be left broken forever?

The Star Gods' Slave was definitely an exciting and very steamy read! My only complaint is how short it was. I was left wanting more to read from these three beauties. I loved reading about Castor and his mischievous antics. Pollux and Lucius made the sweetest couple, I loved the dynamics of the three of them and the playful ending left me with warm fuzzies.

I really recommend this series if you're in the mood for a fun low angst mm romance and mythology retellings. where our protagonists get a romance with a God.... Or two!

Check out an excerpt from The Star Gods' Slave and enter to win a $50 First In Romance GC by visiting our stop on the Release Blitz: 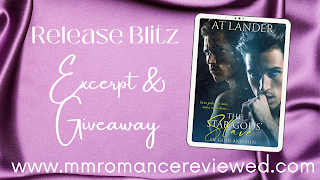