The Long Game by Rachel Reid 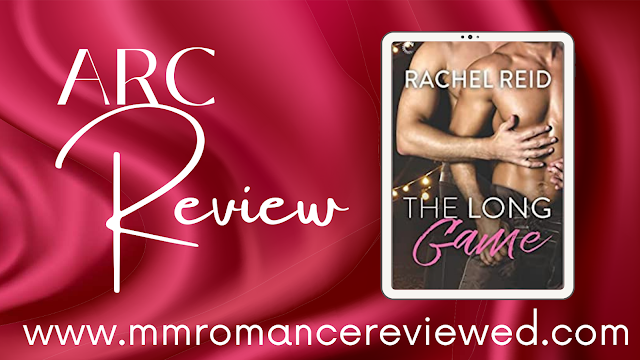 Heated Rivalry was one of those books that stays with you long after you read it... and because Shane and Ilya are together, on the road to their HEA but still apart and closeted, I'd always hoped for a sequel to let them share their love with their friends, family and hockey fans... and nearly 3 years after we first met them, Rachel Reid has succeeded in giving us the next chapter in their story.... The Long Game...
From the blurb: 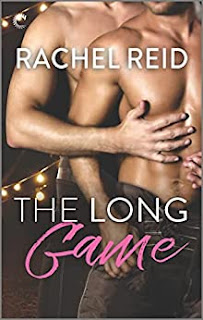 To the world they are rivals, but to each other they are everything.
Ten years.
That’s how long Shane Hollander and Ilya Rozanov have been seeing each other. How long they’ve been keeping their relationship a secret. From friends, from family…from the league. If Shane wants to stay at the top of his game, what he and Ilya share has to remain secret. He loves Ilya, but what if going public ruins everything?
Ilya is sick of secrets. Shane has gotten so good at hiding his feelings, sometimes Ilya questions if they even exist. The closeness, the intimacy, even the risk that would come with being open about their relationship…Ilya wants it all.
It’s time for them to decide what’s most important—hockey or love.
It’s time to make a call.
Heather's Review:
It was like coming home to a loving, but hidden hideaway when I read the opening lines of The Long Game.  Even with the changing world, more out players, more acceptance, both Shane and Ilya are living double lives as lovers and rivals - and Rachel Reid doesn't let us forget where they've come from or just how far they have to go to come out of the closet and into the light...
Their relationship is still explosive and hot!  You feel like you're being drawn into the inferno, but as much as they love each other and express it, they don't actually talk out their relationship... and Rachel Reid draws out all the emotions - the strain, the tension, the passion, the love, the fear, the jealousy... and with Dual POV and cameos from so many other couples from the series and side characters, weaves a story that just keeps you on the edge of your seat.
I don't want to spoil anything, so I'll just say - read or re-read Heated Rivalry before you start The Long Game and enjoy getting to know Ilya and Shane so much more as they grow their relationship...  Oh, and clear your schedule because you won't want to put this book down until you've read every word....
Rating: 5 Stars
The Long Game  is currently available in Audiobook, e-book and paperback.