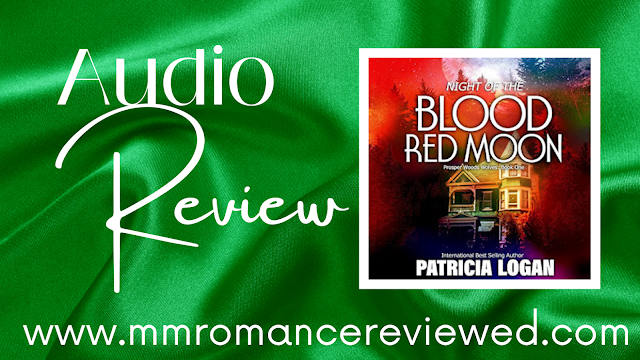 Lesetiger calls Night of the Blood Red Moon a "great spin off."
From the blurb:
An old-fashioned britches-ripper with a tooth and claw twist.
Being the prince of all werewolves sucks. 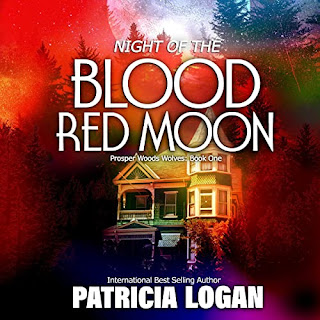 Almost 10 years ago, I did my duty and married a female even though I was desperately in love with an older man. When she died giving birth to a child who could never take the throne, I ran. I left home, shirking my responsibilities, knowing eventually they’d catch up to me. Well, they have. My father now insists I marry a female half my age so I can father a proper heir and secure our rule over the First House for several more generations.
Being chosen to serve the king is a dream come true.
Even though I grew up poor, I worked hard to support my mother. When my mentor chose me to travel to America with the king, I was unbelievably honored to meet his son, the future ruler of all werewolves. I didn’t know how to react when I first laid eyes on Prince Caster, but he cast a spell over me with a single glance, and my life changed forever. I was not only looking at my future king, but the man made just for me. The moment his lips met mine, I knew this story would end horribly…in either heartache or death.
Denying destiny is a terrible idea.
As desperately as I want to ignore my attraction to the common brown wolf, I cannot. The moment I saw the warm glow of his amber eyes, the need to take him into my arms and drag him off to my bed was overwhelming. Alas, I have a duty to perform, and it doesn’t involve the man Mother Nature made only for me.
This story won’t end well…I just know it.
Night of the Blood Red Moon is a paranormal gay romance with an HEA ending.

Lesetiger's Review:
After the Prosper Woods series, I was excited about this spin-off series. It actually took me a while to get into the story, but I can't say exactly what the problem was. It certainly wasn't the writing style, because it's great. Maybe it was just my disappointment with Caster's behavior towards his son. The werewolf prince Caster had married and had a son, but he didn't see him for 10 years.
Since his father's health is declining, he has decided to visit Caster and he is bringing his son Oliver with him as well. Oliver captured my heart in an instant, he is so sweet and there is a lot more to him than anyone suspects.
I found Emory sympathetic and endearing from the beginning. He is a servant who has been chosen to accompany the king on his visit to the prince. Emory loves serving his king and he does so with complete enthusiasm.
And then he meets Caster for the first time and I saw the sparks fly right away.
After my initial difficulties, I was captivated by the story fairly quickly.
I really liked the development the story took. And of course there is intrigue at court. The secondary characters were diverse and very different. The story was exciting and entertaining.
John Solo brings the characters to life and he did a great job with his narration. What I liked best was his entertaining way of presenting the column at the beginning of each chapter.
Overall: ⭐️⭐️⭐️⭐️⭐️
Performance: ⭐️⭐️⭐️⭐️ ️️
Story: ⭐️⭐️⭐️⭐️⭐️

Rating: 5 Stars
Night of the Blood Red Moon is currently available in Audiobook, e-book and paperback and can be read as part of your Kindle Unlimited Subscription