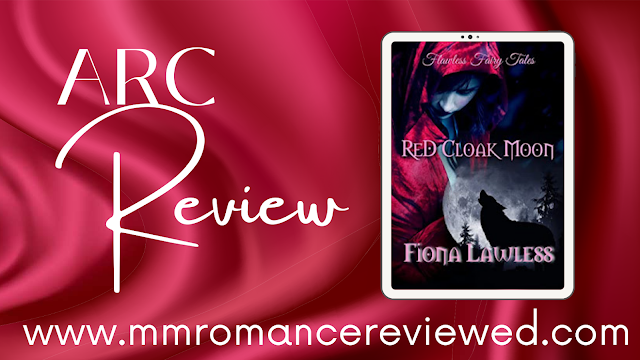 "We must start as we mean to go on." Red Cloak Moon 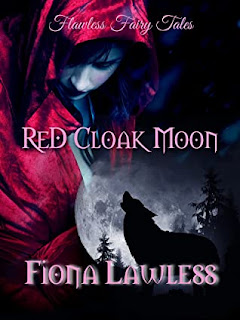 Thierry finds hidden magic and his fated mate when he sets out to avenge his best friend's death.
Thierry’s a male omega—considered a mistake of nature—and therefore expendable to his family, the town, and the law. He’s keeping a secret about the reckless, awful night that changed his fate forever. He has no choice but to don the crisp muslin robe and red cape of the Sisters of the Merciful Moon and act as bait to catch a killer. He’s dispatched to deliver food and aid to an old woman deep in the shelter of the Hemlock Forest, where picturesque, mostly benign outlaws and a homicidal necromancer await.

Luc, the reluctant outlaw leader of Hemlock’s displaced families, has enough on his mind without some murderer giving him and his pet project a bad name. He’s sworn to serve both the poorest citizens of Rheilôme and the red-cloaked Sisters of the Merciful Moon, who act as counselors, nurses, and midwives to citizens displaced by Rheilôme’s impossibly high taxes.

When Luc saves Thierry from becoming the next victim of the “Red Cloak Killer,” they discover a fated love so powerful that nothing can tear them apart.

In the sun-drenched kingdom of Rheilôme, appearances are more important than reality. There are laws on the books protecting all omega citizens against forced marriage and trafficking, but justice often comes at a high price. In a country that sees him as less than nothing, Thierry must risk everything—even his fated mate—to catch a killer.

Red Riding Hood meets Robin Hood in this fairy tale mashup where love proves stronger than both magic and death!

Red Cloak Moon is a fantastical adventure mash-up of Little Red Riding Hood and Robin Hood......
Loved it ! Has great world-building and characters. It's no light and fluffy adventure story - this one has bite !!
There's grief, battles and heart-ache, in a world where there is magic and alpha/beta/omega's (and yes, mpreg is mentioned) in a medieval / fantasy setting.
Thierry is adorable and sweet but does have a core of strength & stubborness !! Luc.... seems to be the happy-go-lucky type but also has a strong compassionate nature. I was thoroughly entranced by this story - couldn't put it down.
I'll say that Red Cloak Moon could be read as a stand-a-lone (haven't read first novel - which I'll rectify very quickly !!). It's funny, full of adventure, intrigue, suspense and while there is insta-mate.....it's funny how they first realise it ... the dept of emotions are palatable. Absolutely entertaining !

Rating: 5 Stars
Red Cloak Moon is currently available in e-book and can be read as part of your Kindle Unlimited Subscription