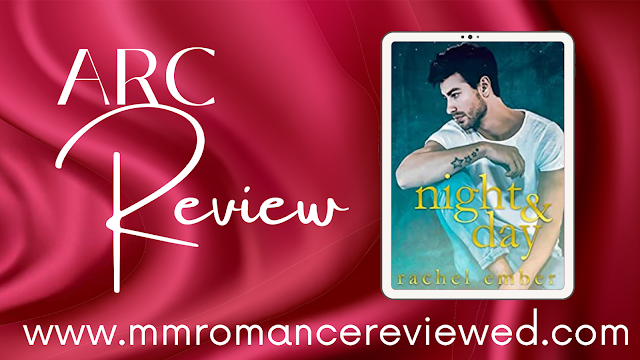 Night and Day is a slow burn, opposites attract, boss/employee, single dad romance.  This book has it all wrapped in a sweet and tender bow. 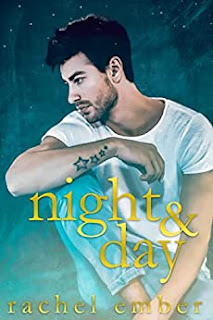 Ty's parents seem to have their act together, and his little sisters are old enough that he doesn't have to constantly worry about them anymore. He could even enroll in some college classes if he could find an overnight job that won't kill him. One where he might be able to study occasionally, or catch a nap. When he sees the advertisement for a night nanny, it sounds perfect. After all, he's got a soft spot for babies, and raised his sisters himself.
If he's having some seriously sinful thoughts about Isabel's handsome, melancholy father-well. His thing for older men is nothing new, and he can keep himself under control for the half-hour their paths cross in the morning and evening.
Jonathan is overwhelmed by his wife leaving abruptly--though, to be honest, he'd known it was over for years--by the new responsibilities he's just been handed at his law firm, and by the baby daughter he adopted three months ago, Isabel. The baby his now-vanished wife had been begging for. He was lucky to get a place for Isabel in the best infant care program in the city, but it closes at 5 p.m. Before Isabel, Jonathan had never held a baby or changed a diaper. He needs help day and night.
When Ty answers his advertisement, and he looks past the tattoos and piercings at the way Ty expertly soothes the baby, Jonathan hires him on the spot. The only problem in the weeks that follow is how much Jonathan begins to look forward to Ty's arrival every night, and not just because he's ready to hand over the baby and get some sleep. There's something that fascinates him about the kid who steps out of the darkness late each night with a crooked smile.
Then, Isabel's daycare temporarily closes unexpectedly. A desperate Jonathan asks Ty if he can work more hours, and Ty says he can--if he can crash in the guest room, too.
Heather of NotGuiltyofBooks' Review:
Night and Day is a really sweet and tender book with some pretty wonderful characters.
Ty and Jonathan are both so kind and heartfelt and are wonderfully layered. A slow-burning romance that paves the way to a beautiful HEA.
Ty has lived an unstable life thanks to parents who were frequently MIA, all the while trying to provide as much stability as possible to his younger sisters.  In turn, he’s never really had a chance to live his own life or have his own passions.
Jonathan appears closed off, preferring contracts to people, until you get to know him, then you discover he’s really just lost and he’s actually super gentle and compassionate and an all-around sweetheart.
Watching the two come out of their shells and discover themselves in the safety of the other was the sweetness I needed today.
Rating: 4.5 Stars
Night and Day is currently available in e-book and paperback and can be read as part of your Kindle Unlimited Subscription
4.5 stars Boss Heather of NotGuiltyofBooks KU Opposites Attract Single Dad slow burn