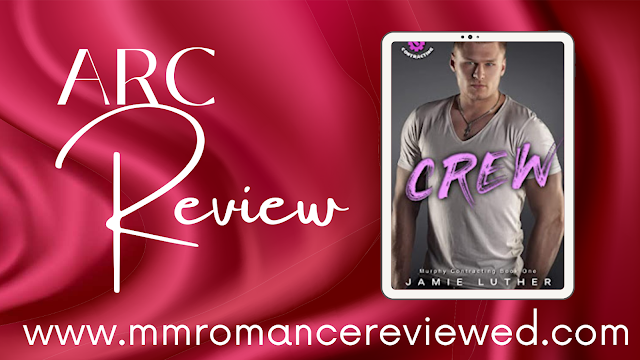 'Despite knowing that I'll be hurt in the end when he inevitably makes it clear whatever this is between us has no future, I just don't care.'

From the Crew blurb: 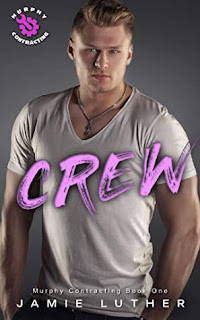 A night in a shared hotel changes everything…

Nothing is as unexpected as the way I can’t stop watching Crew Fox in his grey sweatpants. This is all kinds of complicated, and probably wrong considering how long I’ve known him, but I can’t deny the way he captures my attention when he walks into a room. So I do what every person who has no self control and a simultaneous need to burn down their life would… I give into the desire.

A kiss in the rain–a secret tearing us both apart–still I can’t stay away. Crew makes me feel things I’ve never felt before. Something has to give. I either need to forget these blooming feelings or kiss my relationship with my son goodbye. There’s no way he’d understand how I feel about his best friend when I’ve no idea what’s happening. All I know is that suddenly I’ve become more than just sweatpant-sexual. I’m suddenly Crew-sexual.

Crew is a Best Friends Dad, Age Gap romance. If you like supportive friends and family, a Bi-sexual bear, age gap angst and lots of slow burny feels, this is the book for you!
TW for past neglectful borderline abusive homelife, homophobic absentee mother of a secondary character.

Jamie has the basis of a good fun series Murphy contracting in hand. I had to grin, book and aah throughout this read, which has an age-gap, which I enjoy reading, and best friend his father theme Most of the characters in the book work at the inclusive construction company.
Crew, Ace and Huxley work on the same roofing team and share a house In this book Crew gets the hots and later on feelings for Ace's father, Rogan, who also happens to be his boss. After some to and fro and spending time just talking they grow closer and after one steamy night they decide to tell Ace about their situation. However he finds out sooner and does not react well and doesn't want Crew in their house anymore. However all that does is let Crew and Rogan build their relationship.
They find their hfn, together with a sex toys loving husky Lupin, I know huskies are clever, but this one has a single minded interest in fetching them and left me wondering how many can one person have 😉 With an opening in mending the relationship back with Ace. Who seems to have his own secrets about his partner or partners? I am looking forward to more books in the series. Heat level 🔥🔥🔥
Rating: 4.5 Stars
Heather's Review:
Crew is a sweet and steamy best friend's father, boss/employee romance with a slow burn and fun characters.  You can tell it's the start of a new series, because you also learn about several side characters whose books are sure to come.
I think my favourite character in the book is Lupin, the sex-toy hunting husky who kept turning up with awkward toys, but was also a loyal companion...
This book is relatively light, but does involve a lot of pining and staring... some "we shouldn't"s because you know there's an age gap, the best friend and of course the work relationship... but you know what that means... more heat once they actually get together...
Rating: 4 Stars
Crew is currently available as an e-book and can be read as part of your Kindle Unlimited Subscription
4 Stars 4.5 stars Age Gap angst ARC Best Friend's Father bisexual Boss Contemporary Heather KU Laora Series slow burn