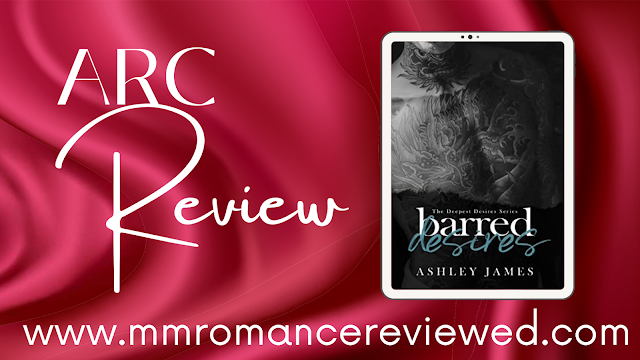 Barred Desires is an intense, emotional read...
From the blurb: 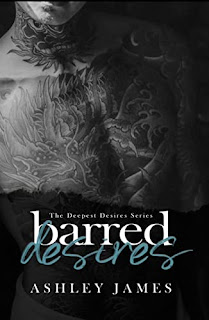 Luca Gray Hart
I have everything I could ever want - a great family, awesome friends, a girlfriend, and I’m headed off to my dream college. But the past is always there, lurking like a shadow in the night…
Branson Joseph Adler
I love men. I love everything about them. Their feel. Their smell. Their taste. It’s no secret to my friends and family that I’m gay. But I do have one secret…
What happens when you give in to the temptation and your world turns upside down?
It’s forbidden.
But it’s ours.
*Barred Desires is the first book in The Deepest Desires interconnected series. It is a forbidden MM stepbrother romance, and it is angsty, emotional, and steamy.
Tatted_book_freak's Review:
What an intense, emotional first read by what I can only voice as a new go-to author for me. Her ability to tackle sensitive issues in the world with caution while also bluntness, did something for my appreciation factor towards her.
While most would consider this a forbidden, taboo romance, I would have to respectfully disagree. The excitement associated with this story, mixed with the tragic history, captivated my soul throughout.

A magnetic connection with a chemistry filled with sparks and electricity, these characters relationship was built on trust and understanding. Their similarities of tragedy in the past connected their souls, evolving into barred desires, and seeking comfort from one another. Branson’s patience with Luca to allow him to take the reigns earned major points from me being it was Lucas’ first time, but the level of confidence Luca portrays was intriguing. The level of steam within these pages, followed by such an intimate connection, made for a beautiful story!

Childhood sexual assault is real, and taking the time to capture the reality of this issue, took a lot of bravery and courage. Then adding in sexual assault after the fact, brought to light the issues that come after the fact. A hundred stars for this masterpiece of a story, and for bringing awareness to the world.

Rating: 5 Stars
Heather's Review:
Barred Desires was exactly what the blurb describes - a MM stepbrother romance with a ton of emotion, angst and steam.  The characters were well developed and the book flowed well, incorporating both internal struggles and outside tension...
This was an intense, angsty read with a lot of tension - including a girlfriend for one of the MCs (with some sexual acts between the MC and girlfriend), past sexual abuse (childhood), drug use, death of a parent, triggering sexual events and reliving past trauma.  All of which is dealt with beautifully and well written...
I was in this book about 90% but one thing kept bringing me out of the story - it wasn't the passion, the trauna or the steam... but, spit is not lube... and it's one of those things I can't get past... so I give this book 4 stars...
Rating: 4 Stars
Amy_tbs' Review:
“Behind every exquisite thing that existed, there was something tragic.” -Oscar Wilde
Wow! Ashley James impressive debut novel. When I saw this was a taboo romance. I just had to get my little grabby hands on Barred Desires. Taboo romances are my thing and add hot Stepbrothers to the mix and I'm game.
Barred Desires DID NOT DISAPPOINT!
Trigger Warnings: on page description of Sexual assault, drug use, description of the death of a loved one, infidelity. Readers discretion is advised!!
Luca and Branson's chemistry was so electric and this was such an addicting read. I loved the undeniable attraction they shared and their connection was so lovely. There was so many sweet moments and I wish I could quote them all, here are a few of my favourites.
“I have never felt so wholly consumed by another person in my life. I want to physically crawl inside of him and never let go. He’s mine”
“Your eyes give it away, every single time. You both look at each other like one hung the moon, and the other, the stars. Like your whole world begins and ends with one another.”
I wish there had been some closure on some of the subject matters in Barred Desires and was slightly disappointed there was still some loose threads that remained. Courtney was a twisted chick and I was so glad she got the boot.
I whole heartedly recommend this it was an excellent read. Barred Desires is the first book in The Deepest Desires interconnected series. It is a forbidden MM stepbrother romance, and it is angsty, emotional, and steamy. I can't wait for Forsaken Desires Knox and Aston's book.
Rating: 5 Stars
4 Stars 5 Stars Amy_TBS bi awakening Heather New Adult stepbrothers tatted_book_freak Trigger Warning