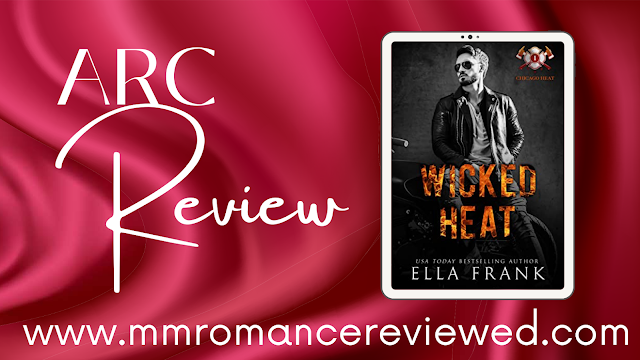 From the Wicked Heat Blurb: 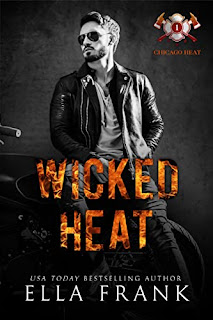 Ryan
Kind, caring, and protective. Those are the three qualities I’m looking for when it comes to my dream man. In a city as big as Chicago, you wouldn’t think he would be that hard to find, right?
Wrong.
Sure, my boss found a super-sexy detective and my best friend fell madly in love with the most eligible bachelor around. But the only person I’ve met recently is a broody bad boy who saved me at a sketchy pub.
He’s grumpy, rude, and honestly, not that likeable at all. Hardly my “dream” guy.
So why can’t I stop thinking about him?
Jameson
I don’t do friendships. I don’t do relationships either. The very last thing I’m looking for in life is to fall in love and live happily ever after.
So saving some rich guy from losing his wallet is the last thing I want to do on a Friday night. Especially when he looks like someone who just stepped off the cover of GQ.
Fate seems to have other ideas, though, and every time I turn around, he’s there.
A wicked heat simmers between us, threatening to ignite, and though I’ve been trained to put out the flames, I can’t help but think: What’s the worst that could happen if I let this desire burn out of control?
Wicked Heat is book 1 of 2 in Ryan Carrigan & Jameson Clarke's story.
Jacqueleen, The Reading Queen's Review:

First off, I loved being back in Ella Frank's Chicagoverse. It really feels like coming home when this universe was one of the series that started my love for MM Romance. We've met Ryan a few times in past books. He makes an appearance in the Prime Time Series as Alexander's PA and again in the Intentions Duet as Gabe's BFF and roommate. I was super happy when it was announced we would be getting his story.

Another thing that made me happy was getting to see more of Firehouse 73. That's Kieran from the Dare to Try series old stomping grounds. Ryan's love interest, Mr. Jameson Clarke, is a new firefighter who just accepted a permanent position there. The guys at Firehouse 73 are a fun bunch and I look forward to reading more scenes with them in the future.

I adored Ryan. He is friendly, open, and easy to like. Jameson, however is not. In fact he is the complete opposite. He's gruff, keeps to himself, and makes it as hard as possible for people like him. He tries the same thing with Ryan, but it seems the powers that be have a different idea because Ryan and Jameson just kept getting thrown together as if by fate. Every new scenario where they ran into each other I just kept thinking OMG again!? Stop fighting it and kiss already!! When it does finally happen, they didn't leave me, or each other, disappointed.

There's no cliffhanger ending in Wicked Heat (THANK GOD!!). However, the book does end at a turning point for the relationship between the MCs. Jameson can't seem to escape his past and he has a long way to go before the two of them can come together for their HEA.