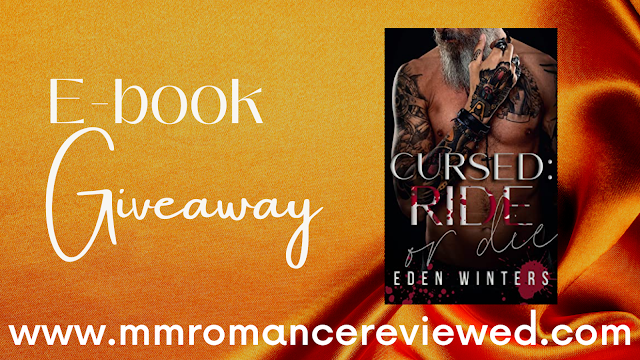 Cursed: Ride or Die by Eden Winters releases on Saturday and we want you to be one of the first to read it!  You can pre-order your copy today or enter to win one below!  The winner will be chosen Friday! 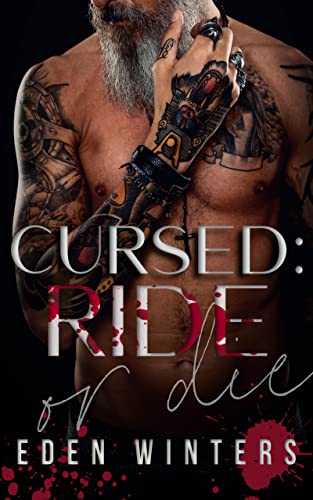 If they stop running, they die.
Slade Slater’s had a great life until he pissed off a sorcerer, who dooms Slade to a life of endless wandering. Linger anywhere for more than a month and his life is forfeit. The only way to break the evil curse? Sacrifice true love. Which won't be an option anytime soon. Slade's been alone for a long time. Cursed nomads, it turns out, are a solitary bunch. After all, who could fall in love with a man who can never settle down? But everything changes the night he stumbles upon an injured shifter.
Noah's never known the companionship of a pack and desperately longs for the security of his own kind. Danger stalks him, forcing him to spend his life hiding from humans until a cursed human lights up his bleak world. Saved from near death by the sexy stranger with tats for days and a big, black Harley, Noah finds that, while he might be the only werewolf in the eastern US, he doesn't have to be alone.
Though they’re stalked by ruthless enemies, Slade and Noah might be each other’s salvation.
If they can outrun the hunters.
Grab your copy of Cursed: Ride or Die today!