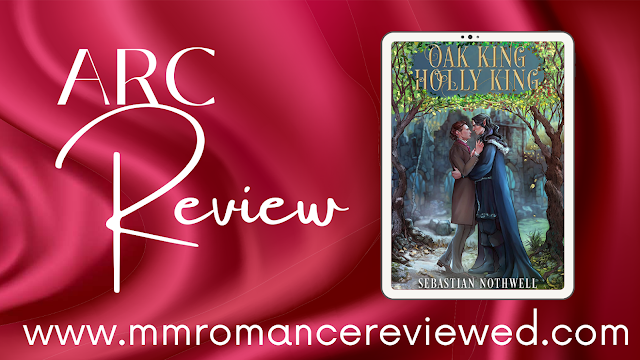 Oak King Holly King is an "Epically immersive dive into a world with a fae warrior and the mortal he seeks in order to survive his fate." 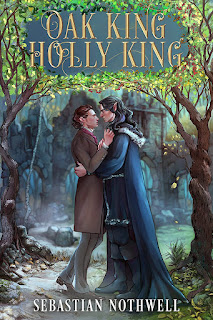 Shrike, the Butcher of Blackthorn, is a legendary warrior of the fae realms. When he wins a tournament in the Court of the Silver Wheel, its queen names him her Oak King - a figurehead destined to die in a ritual duel to invoke the change of seasons. Shrike is determined to survive. Even if it means he must put his heart as well as his life into a mere mortal’s hands.

Wren Lofthouse, a London clerk, has long ago resigned himself to a life of tedium and given up his fanciful dreams. When a medieval-looking brute arrives at his office to murmur of destiny, he’s inclined to think his old enemies are playing an elaborate prank. Still, he can’t help feeling intrigued by the bizarre-yet-handsome stranger and his fantastical ramblings, whose presence stirs up emotions Wren has tried to lock away in the withered husk of his heart.

As Shrike whisks Wren away to a world of Wild Hunts and arcane rites, Wren is freed from the repression of Victorian society. But both the fae and mortal realms prove treacherous to their growing bond. Wren and Shrike must fight side-by-side to see who will claim victory - Oak King Holly King.

Paranormal fantasy adventure.
Wren works as a clerk in Victorian London when he is approached for help by the Butcher of Blackthorn and is drawn into the fae realm to aid Butcher in surviving his duty as the Oak King. Beautifully descriptive world immersion as Wren travels back and forth from London to the fae realm, spending time with Butcher, both men learning about each other's lives and introducing Wren to a whole world of people and places he only ever imagined from stories. I especially appreciated Wren’s easy ability to accept all the new experiences with the fae, and especially Butcher’s steady affection and attraction to Wren.
Oak King Holly King is a love story with adventure and surprises, and a large and interesting secondary cast of characters. Honestly, I could have kept reading more and more about the fae realm and the constancy, commitment and caring between Butcher and Wren.