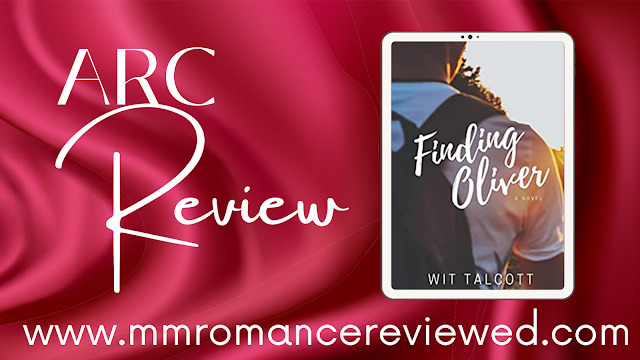 Finding Oliver was a very unique read. It didn't fall into the same line as many of the books I read in the MM romance genre, and that made it stand out in my memory. 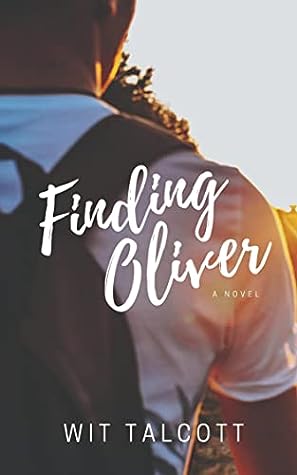 Being gay in a small town is rarely easy, even in idyllic Potter’s Mill, North Carolina. The fires are dwindling for long-term couple Brandt and Parker, sexy sheriff Jake can't find Mr. Right, and high school senior Shane longs for his first kiss and more. They all find Oliver, a captivating young man who appears in town alone one chilly morning. In a story filled with love and loss, quirky townspeople, and more than a few steamy encounters, Oliver confronts his past, and they all find a family.

As in his prior works—Cherry Wine Kisses for Christmas and the Lake Fearless series—Wit Talcott captures the small-town lives of gay men and their friends with warmth and humor. In Finding Oliver, he turns up the heat but again creates a place you’ll want to visit, filled with characters you’ll want to know.

This book did not follow one particular couple. Instead, it follows a cast of characters - all joined together by living in the same town, interacting with the same people, and in some ways by attending a retreat called The Haven. And each of these characters stands out on the page. Each of them offer something to the story that adds to the mystery on the page (Who is Oliver? What happened? Why is he there?) while also telling their own narrative.

These characters include Brandt and Parker, a married couple who have been having difficulties in their marriage. Brandt is the first person to find Oliver, the one to bring him home to Parker and Brandt's house. Completing their house is the town sheriff, Jake, a man who has decided it is time to settle down and find a husband. He tries this first with newcomer Jaime who shares a complicated history with Oliver. Then there are the men at the Haven, Andy and his partner, Jon, a pair of Building Bears, and many others. There are other people in the cast too: the town gossip who works as Andy's secretary and proves to be an amazing friend, high schoolers Shane and Trevor who find themselves entangled in everything, and many others line the pages and make the setting of this book and the narrative that much more rich.

However, I'm not sure I'd call Finding Oliver a romance in the traditional sense. It is a book about love, but its a book about the different types of love. Its about found family and how they can heal you in a way no one else ever can. Its about friendship and about the love a community can have and how finding that community heals a young man who doesn't think he'll ever have a place to belong. And yes, it is also about romantic love. It's a story about grief and loss and it is a story I will definitely revisit.

There are some on page triggers, particularly for death and grieving. There is also a cheating plot between main characters, so if infidelity is not for you, you may want to stay away. There are also a lot of open relationships, but they are completely normalized and the main one is shown as incredibly healthy.

I wasn't sure what to expect from Finding Oliver and I'm still processing the interwoven nature of the stories presented in the book... it's first and foremost a story of community and found family, and explores questions about the nature of relationships and commitment.

One of the things I loved is the way that compersion and communication were highlighted by so many of the characters when they discussed being in committed but open relationships.  It contrasted with other couples that experienced jealousy and fear... there was also a lot of discussion of promiscuity and abstinence, which I also found interesting.

Finding Oliver was not a traditional romance and if you are not a fan of open relationships or the possibility of and discussion of what constitutes cheating in a relationship, you probably want to pass on this book, but if you are open to the possibilities of different relationships and normalizing compersion than this book is an interesting take on the phenomena in a small, largely gay town.