If you follow the blog, you know I am waiting with bated breath for George's story, Grieving Royal to drop... and today I have a beautiful cover and a sneak peek excerpt to share with you direct from Elouise East herself!

Despite being third in line to the throne, George doesn’t believe he will ever be king, and he is content with that knowledge. He prefers to live his life in the shadow of his brothers because he can hide his extra-curricular activities there. When his life is torn apart by grief, he loses himself in those shadows until he focuses on what matters to him. Love.
More media attention is the last thing Timothy wants. He left his hometown to get away from it, but his new position makes that almost impossible. Balancing the requirements of his teaching role, the needs of his new patient, and the feelings that should never have grown, he struggles to see the right course of action until the choice is taken away from him.
Stepping back inside the place where Eddie had been abused by the one person who should’ve taken care of him has been harder than he expected. Finding someone who is patient enough to help him through his anxieties about a BDSM relationship is easier. Unfortunately, royal duties threaten to pull them apart before they’ve even started.
As the three lives intertwine in the unlikeliest of situations, who will throw themselves into the deep end, and who will back away, scared of the repercussions?
Grieving Royal is an MMM book containing BDSM scenes and D/s dynamics in all forms. It also has lots of loving, friendships, family drama and, of course, a triple HEA.
The beautiful cover: 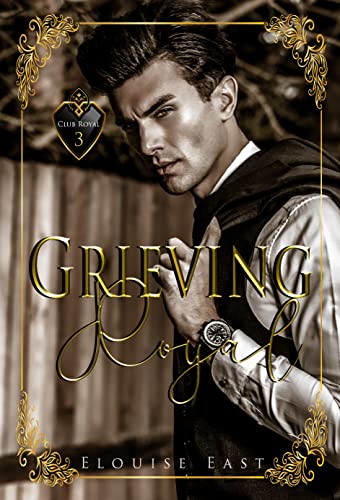 “Would I be out of order to request a kiss?”

Eddie spoke softly, but George heard every word. His eyes took in every part of Eddie’s face, making sure he wanted a kiss instead of feeling he had to as “payment” for what they’d done, but he seemed sincere.

Eddie smiled, sliding his hand to his neck. “Green, Sir.”

George lowered his head, taking Eddie’s lips. He sipped from his top lip, then his bottom lip, alternating several times before he felt Eddie’s mouth open with a moan. Unable to stop himself and hoping Eddie would stop him if it was too much, he slid his tongue inside, exploring the warm cavern. Their tongues duelled, and Eddie’s hand tightened on his neck. George could taste mint and something else he couldn’t figure out, but the sounds from Eddie’s throat rivalled the chains for the top spot on George’s list.

He pulled back, pecking kisses along his mouth until Eddie settled against him again. There were no words spoken, but something had shifted within George. He couldn’t figure out what.

What to do now?

If you haven't started the Club Royal Series, may I suggest catching up by starting with Rogue Royal and Secretive Royal and of course if you're like me and waiting impatiently for Grieving Royal, just go ahead and pre-order it so that it will be waiting for you when you wake up on February 3rd!

And, if you want even more delicious teasers and treats, may I recommend joining Elouise East's Book Cafe on Facebook! 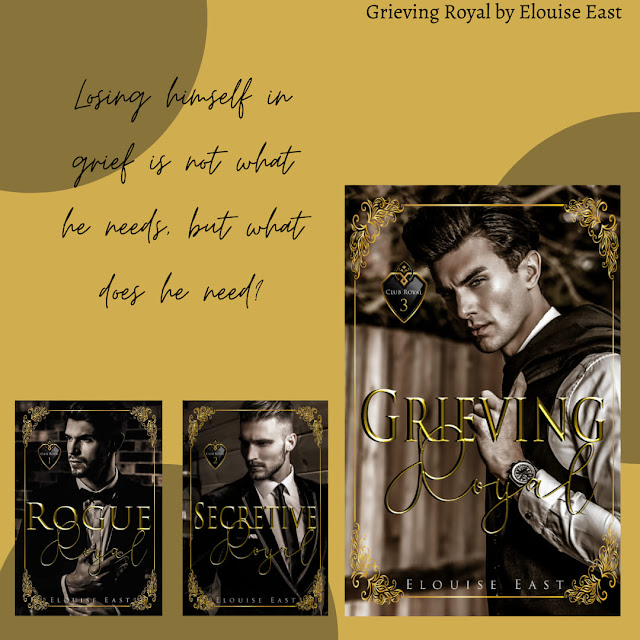