Teddy's Truth shouldn't be read by the weak of heart.  This is a complex story and deals with several heavy topics including drug use, parental neglect, sexual assault, live burial, violence, blackmail. 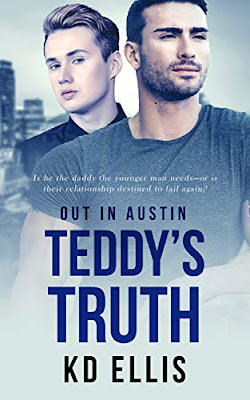 Book one in the Out in Austin series
Teddy De Luca thought being born into the wrong body was the worst thing that had ever happened to him. Then he met Julian…
All Teddy De Luca wants is for his outside to match his inside—so badly that he takes a loan from a Mexican cartel. It’s not like he can borrow the money from his alcoholic mother. She got him into this mess in the first place when she poured his savings into bottles of Jack. He figures he’ll get his operation, pick up a second job, then pay the debt off quickly and put it all behind him. When the cartel raises the stakes, his plan falls apart and he’s left with a mounting debt and no way out.
Ian Romero is a second generation Hispanic-American whose only goal is to live the American dream—finish college, find the perfect partner and settle down. His inappropriate crush on his brother’s best friend isn’t going to stop him. But when his troubled brother becomes another victim of the local cartel, his plans change. He can’t save his brother, but he can get his revenge.
After years apart, Teddy’s and Ian’s paths cross again, neither expecting the passion between them to re-ignite even hotter than before. Can Ian forgive Teddy’s role in his brother’s death to become the Daddy the younger man needs—or is their relationship destined to fail again?
Red's Book Reads Review:
Wow, this was more emotional than I was expecting!
Teddy was assigned female at birth and has always had a crush on the older boy next door, Ian, who also happens to be his friends brother.
The first part of this book covers Teddy coping with his alcoholic mother and preparing for surgery as well as Ian’s worry about his brother who has dropped out of school and is spending time with a bad crowd. The second part of this book is set 4 years later and sees Teddy dealing with the aftermath of his earlier decisions and the return of Ian to his home town. I really enjoyed this book, but some parts were a lot darker than I was expecting and there may well be trigger warnings for some people so check before reading if you have concerns. The only downside for me was that it felt slightly to quick at the end and Teddy went through a lot of emotional things but had very little issue after and was quick to be back out and about afterwards almost like nothing happened. There is a minor daddy kink element to this book as well but that isn’t the main focus of the book in my view. I am looking forward to reading the second book in the series however this could be read as a stand-alone
Rating: 4 Stars
Autumn's Review:
While Teddy is a trans, he still has to deal with people not accepting him for who he truly is at heart.
This book deals with a great amount of abuse, this book broke my heart in a different way than many books out there that deal with the same type of story.
This is one of a kind. I had to stop and take a few breaks from this one, and that isn't something that I do often with such dark subjects.  If you are ready for a book that will take you on a twisted journey and break your heart repeatedly, than Teddy's Truth is sure to do that for you.
Rating 4/5 Stars
About Autumn: 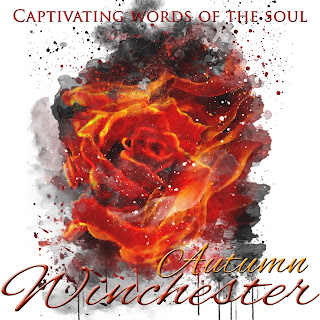 I've always enjoyed reading. I have very few limits on what I don't like to read, and that changed when I come across a book that grabs my attention. I read everything under the sun almost. Because of this, I've stumbled upon things I never knew I'd enjoy reading in a book.
I also have 4 kids, who are growing up way too fast. As a mostly stay at home mom, I get to see them grow up way too fast.
Other then reading and being a mom, I am also an author who dabbles in many different genres across the platform. Currently, I have books for YA, MM readers, and other romances, with many more things to come.
Being an author, I know how important reviews are. So I'm thrilled to be apart of this team.
Where I share my love of books I read and write - https://www.facebook.com/autumnwinchchester/
4 Stars angst ARC Autumn Daddy Dark Reds Book Reads Trans Trigger Warning