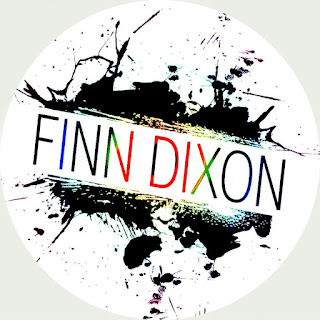 Our next interview in the series comes from Finn Dixon, another over-achieving interviewee, who didn't answer all the questions but did go above and beyond... (or is a writer because they can't count), but I want you to learn all about Finn, so let's jump right into the interview:
Plot or Pants?  Do you pre-plot your books, use an outline, fly by the seat of your pants or some combination of things?  How do you keep track of characters in a series?  Do you keep a journal of your characters statistics, such as hair and eye color, relatives, hometown, etc.

I do a mixture of both plotting and pantsing. My trilogy is about the Olympics and there is a set schedule. So, for readers to believe the story as real, I needed a timeline of actual events, and then I kind of pants the rest of the story within that timeline. Sometimes I will be writing towards a certain point or goal, and inspiration hits, and I’m off on a tangent that adds a great scene or moment. As far as characters go, I had a beta reader point out that half my characters had L names, so I created an alphabetized character name spreadsheet. I also have a character document with their bios and descriptions. They are sorted into categories, so gymnasts, families, coaches, etc.

I just self published my first novel, Rings of Lust, this week. I started it in November 2020, worked on it for about a month, and took a four month break, picking it back up in May 2021. It was kind of a whirlwind. The idea came together in October, but I had to do so much planning and research, I didn’t start writing until about a month later. It was always a trilogy from the start and the end of book 1 was always planned. Though it is rather abrupt, I wanted to explore that feeling. I feel like some MCs in other books I’ve read have had this “event” happen in the past. Well, I wanted to explore that “event” in the past with an entire book. That is what Rings of Lust is. The second book in the trilogy will be more the kind of MM romance book I think readers are used to.

I write part-time. I am a full-time zookeeper, working out in the sweltering Florida heat. Writing is an escape for me, and a way to relax. One of my friends writes fan fiction in the Star Wars universe, so we’ve bonded over discovering writing together. Another of my co-workers is in a band, so working in the creative field, he’s helped me with dealing with the critiques that come with putting your art out there.

Something people would be surprised to know about you?

I don’t have a set routine. Sometimes I write during my lunch break at work, but I get most of my writing done at home. I have a rotating desk that is anchored under my couch, so I can easily move my computer in and out of my way. I can have certain shows on in the background, or my boyfriend can be sitting next to me. It’s pretty flexible and I like that. There’s also no pressure to write. If I’m not feeling it, I can just push it out of my lap and watch some TV instead.

For the rest of the year, my goal is pretty simple. Finish and publish book two in the Rings Trilogy. Book one’s ending kind of requires I get out book two as soon as I can. As for the future, I’d like to finish the trilogy, and then go back and write some spin-offs of several couples that I’ve introduced in my little world. I have an idea of which couple I’ll start with, but that may change depending on the readers’ reactions.

Giggity. Hardest. I would say finding a unique voice to each of the characters. I’m new, obviously, so I see that as a challenge moving forwards. It’s part of the reason I’ve chosen to stay with the same couple over my first three books. Hopefully, as the characters mature, my writing matures to match them.

I am a zookeeper, so most of the zoo scenes in Rings of Lust are based on my real life experiences. I have been in the field for sixteen years. The only expectation is the platypus babies. I have never worked with that species, unfortunately. They are very rare in American zoos.

My biggest supporter is my fiance and boyfriend. At first, he was embarrassed by the erotica inherent in MM romance. But, I think he eventually saw how passionate I was about it, and it was something I was seriously giving a shot, and he quickly became very enthusiastic. He also provides a voice of reason when I become neurotic and a sounding board for ideas,and acts as a thesaurus when I can’t think of a certain word, and a partner I can practice “those” scenes with in real life.

What made you decide gay romance was the genre you wanted to write?

It was essentially the only thing I had been reading at the time, and while I found some amazing books and series, I started getting into sports romance, and I think I found a book or two that were missing a certain something for me. I decided I could give it a try, and it morphed into actually publishing when I had a friend like what I had written. She and I had bonded over Red, White and Royal Blue, so I knew she was a good person to bounce it off of.

Well, with only one book out, it was really that I just wanted to write about male gymnasts. As far as characters, dialogue, and sex, I draw from real life experience - myself, people I know, people I knew.

I’ve announced to most everyone that I’m writing a book, and everyone is very supportive. I have not revealed my pen name publicly on my page, but rather I invite people once they have expressed interest. My profession is a small world, and I would like to move up in it one day, and even though everyone is super gay-friendly, Americans can be weird about sex. WIth the explicitness of the content, I was a little worried it could be used against me at some point, so I have kept it as anonymous as I can.

What is your favorite thing about writing gay romance?

Well, hearing the people enjoy my writing for sure. It’s been more of a dopamine hit than catching a shiny in Pokemon Go. There are a lot of perks to it honestly. It’s fun to write and it’s relaxing, but creating art that other people can entertain themselves with is the highest honor. I love reading and escaping into a story, so being able to provide that to others, paying it forward as it were, is really the best feeling.