Up North by Allison Temple 5 Stars (A Compass Stars Novel) 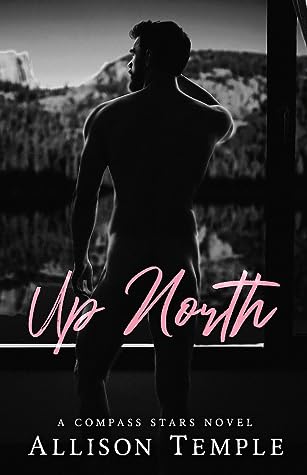 The last thing Jack Spencer wants to be is a fishing guide for rich tourists. But with a sister in need of help and nothing but a rusty fishing boat to his name, he takes a job at The Wild Eagle Lodge, Alaska’s newest luxury resort.

When a scandal rocks his career, movie star Damian Marshall feels like the whole world is watching his every move. That is, until he meets a gruff fishing guide who doesn’t seem to know who he is. Desperate for escape, Damian grabs at the chance for anonymity with both hands.

Away from the pressure of studios and the media, Damian and Jack grow closer. But as sparks fly and scandal follows Damian north, Jack will need to decide if he can love a man he hardly knows, or if this brush with fame is too hot to handle.
My Review:
Up North is a relatively low angst swoony, slow burn romance that starts out with a lie... Damian is hiding out and is amazed that Jack doesn't know who he is, and that he's a famous movie star.  He loves that he can spend time as his old self, far removed from the scandal that's driven him to Alaska, but in the age old romance book way, it becomes deeper and more involved than either of them imagine and just as Damian is realizing it, BOOM...  I love Allison Temple's writing style and ability to bring characters to life.  I read this book in one sitting because I just couldn't put it down.  This book is a straight up romance featuring two swoony guys, one boat and one lie..
I can't wait to see where this series leads next!
5 Stars ARC Romance Series