We Choose You (Choice Versus Fate #1), by Katy Manz 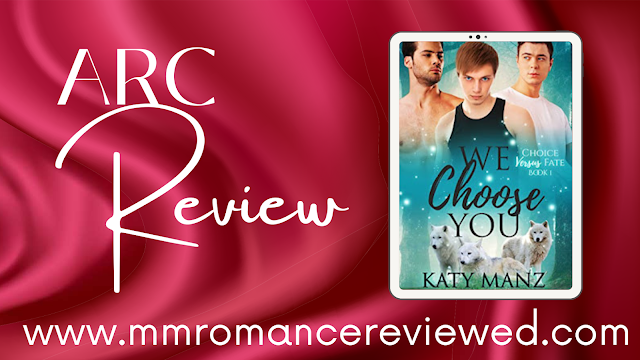 Omega, Beta, Alpha and cute twins make up We Choose You
From the blurb:
James and Aidan didn’t need fate. They had each other. 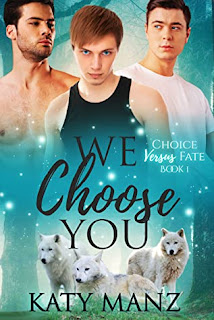 Alpha James and Beta Aiden love each other and don’t care what fate has to say about that. Mating doesn’t need to be based on pheromones and scents. And kids? There were many ways to build a family.
When fate comes knocking years later, James does what any wolf in his situation would—he runs away. He has a mate he loves more than anything, and they’re just about to get everything they want: a family. He can’t risk losing everything because Fate decided to be a butt.
Omega Riley scented his fated mate once months earlier, and the wolf ran away. He is coming to terms with his singledom. Everything is going as well as it can, that is, until his fated mate’s children walk into his classroom.
We Choose You is book one in the sweet with knotty heat MM shifter mpreg romance series: Choice Vs. Fate. It features an alpha wolf shifter who mated his beta best friend, the omega sent by fate, true love, twins who will steal your heart, adorable babies, and a guaranteed happy ever after.
Laora's Review:
We Choose You was a quick, light and fun MMM read, this form for me is both a positive and negative.
And I am still wondering about for me a crucial part about the world building; is the shifter world known or is this a whole shifter universe?
Positive the pacing and story development keeps a fairly fast pace and there is not to much drama, after the initial rejection of a fated omega/ alpha pairing. The children get a good portion in the story. The parents of the new babies.
The twins having abilities I am curious to see what will come of this
For me the part about slowly integrating Riley into the existing family especially in regard to the newly adopted twins feels disjointed, there are all these plans and poeff everything is turned around.
First book in a new series,  I am looking forward to see where the author takes it.
Rating: 4 Stars
We Choose You is currently available in e-book, Audiobook and paperback and can be read as part of your Kindle Unlimited Subscription