The Girl Whose Luck Ran Out by Gayleen Froese 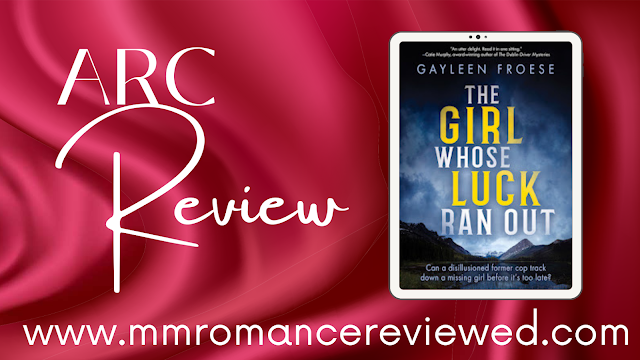 The Girl Whose Luck Ran Out asks, what happens when you reconnect with an old love who is now famous?
From the blurb: 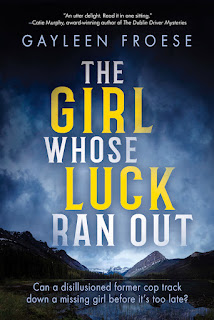 Can a disillusioned former cop track down a missing girl before it’s too late?
Seven years ago, criminologist Ben Ames thought he’d change a big city police force from the inside. He failed. Now he’s a private detective trailing insurance frauds and cheating spouses through the foothills of the Rocky Mountains. Like police work, the job would be easier if he didn’t have a conscience.
When university student Kimberly Moy goes missing, her sister begs Ben to take the case. But before Ben can follow up on any leads—What does the Fibonacci series have to do with Kim’s disappearance? What do her disaffected friends know? And where is her car?—chance and bad timing drop his unexpected ex, Jesse, into the mix.
Ben doesn’t have time to train Jesse into the junior PI he seems determined to become. Amateur sleuths are always trouble. Unfortunately, this is turning out to be the kind of case that requires backup, and his intuition is telling him Kim’s story may not have a happy ending....
Laora's Review:
The Girl Whose Luck Ran Out, in essence, to me, has three storylines. One about a missing university student, Kim, and the additional murder mystery. Reading the title I thought this would be the main focus of the book, but that felt not so reading this book. I must say, I was surprised who the killer was and for what. The why explains the title of the book.
A second one about the renewal of the friendship/ relation between Jesse and Ben. This felt as the main storyline to me. How do you reconnect when you are 'forced together' again and 'work' together? And dealing with fame and how that and everything that entails works on a Jesse. The pressures put on a musician/ popstar from management etc. to deliver and perform, responsibility for others and the constant social media attention/ assault even while sick and the toll that takes.
This is the first book I read from this author and read that she writes detective fiction, but as mentioned to me it is a romance with a mystery in there.
Because this was an unedited arc version, I can't say anything about the flow and cadence of the final book. In the arc the writing style and cadence worked, there was enough humour in there even though this is billed as a murder mystery.
Rating: 4 Stars
The Girl Whose Luck Ran Out  is currently available in e-book and paperback.
4 Stars ARC Contemporary Detectives ex lovers Laora mystery romantic sub-plot