Sculptures and Snuggles by Della Cain 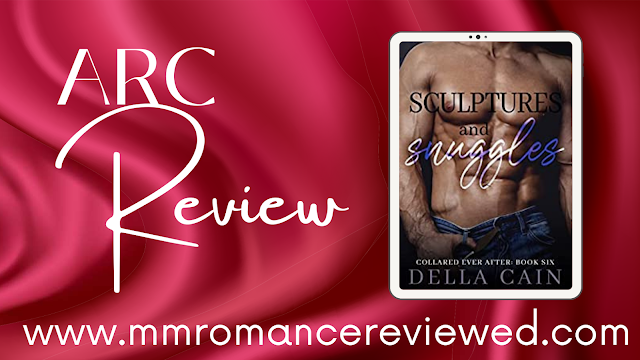 You know when you grab a book without reading the blurb and have several moments of deja vu while you read it?  That's what happened to Heather when she read Sculptures and Snuggles by Della Cain - good thing she really liked the story the first time around...
From the blurb: 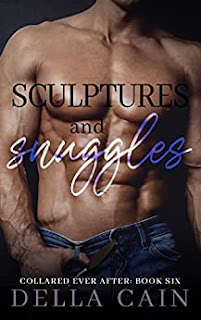 Sometimes the one who got away…didn’t.
Dustin’s world came crashing down when his position teaching art at the local college was cut. Little did he know it would become one of the best things to happen to him, forcing him to take his sculpting seriously and thrusting him onto the art scene. Now he has it all: money, gallery shows that sell out opening night, and a sculpture in one of the most prominent architectural marvels in his old city.
Only, it isn’t everything at all—what is life without someone to love?
Preston lived the corporate dream, climbing the ladder on his way up to a corner office. If only it didn’t take all of his waking hours and envelop him with enough stress to suck the joy out of life. When he’s asked to go to the city for the grand reveal of his company’s new sculpture, Preston’s happy for the change of pace. He soon discovers that the sculpture was designed by the only person he ever loved, the one he let get away out of fear.
Could this be a new chance with his one true love?
Sculptures and Snuggles is an MM second-chance romance featuring a daddy without a boy, a new beginning with the one who got away, true love, a human paci, ABDL, and, of course, chickie nuggets. Sculptures and Snuggles is book five of the popular Collared Ever After MM romance series, each book focusing on a new couple who finds their Kinkily Ever After at Club Collared while keeping in touch with old friends.
**Sculptures and Snuggles was originally published as part of Dirty Daddies: Pride. This version includes 15,000 words of additional new content.
Heather's Review:
So I read this book and the deja vu came in waves... but then I'd get to a scene I knew I had never read before and chalked it up to reading something similar.... then I grabbed the blurb to set up my review post and lo and behold... this story was part of Dirty Daddies: Pride previously and has new content... light bulb... lol.   I will say that the new content really brought the story together and made it a great read!
With that anecdote out of the way, Sculptures and Snuggles is a classic Della Cain sweet MM Daddy/Boy romance with second chances, chicken nuggets, adorable little clothes and a chance to catch up with several of the other couples from Collared!  It's a great feel good read and the perfect way to while away a rainy afternoon tucked up with this adorable couple, just the right amount of steam and lots of little time!
Rating: 4.5 Stars
Janet's Review:
Sculptures and Snuggles is the sixth book in the Collared Ever After series. I had originally read it in the Dirty Daddies 2021 Anthology. The author expanded upon that version.
This was sooo freakin good, full of feels, steamy and sexy!! It was the second chance story of Dustin and Preston. Dustin is an artist and Daddy. Preston is stressed out businessman and a little. They used to be together in university. Dustin didn't think he could be what Preston needed so he ended it! They meet again and realize they still have a connection. Seriously loved the reconnection and chemistry! Overall, a fantastic second chance story that was well written. Highly recommend!
Rating: 5 Stars
Laora's Review:
They did it again another sweet volume in the Collared Ever After series, book 6.
An extension of a shorter story first published by the author in the Dirty Daddies: Pride book. I loved this accidental meet up again as a second chance romance, and Della had a creative 'paci collection' for Preston.
Preston is so cute and was almost desperate to sink into this little persona again after a many years without a daddy. Dustin is the Daddy who just found a letter from years ago written by Preston.
After reconnecting their relationship  develops quickly and they fell back into a much healthier relationship than the one prior.
Rating: 4.5 Stars
Sculptures and Snuggles is currently available in e-book and paperback and can be read as part of your Kindle Unlimited Subscription
4.5 stars 5 Stars ABDL Daddy Heather Janet KU Laora little low angst second chance Series Standalone steamy