Melody of the Heart (Melody, #1) by Blake Allwood

Melody of the Heart reads like a sweet Hallmark romance according to Janet
From the blurb: 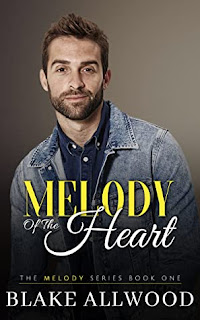 Entrapped by his ex, life feels hopeless. Now, he has to teach a mechanic to play piano like a pro. As he fights to save his beloved Steinway, he never dreamed he might also save his heart.
No one could expect Jonas to survive the humiliation of messing up his piano solo, even if he was dumped right before his performance. Now, his need for cash has ensnared him with a challenge to teach a mechanic how to play classically. But, no matter how sexy the guy might be, or how much Jonas might want to make it happen, there’s no way he can teach a man with grease under his nails to compete against the world’s best piano players!
Orlando wants no part of the piano competition when the sexy musician storms into his shop demanding he learn to play classical music. Unfortunately, always a sucker for a man in distress, he finds saying no impossible.
As Jonas and Orlando become engrossed in new styles of music, their hearts soar with the melodies they create together. The question is, will either of them survive the loss when this relationship inevitably comes to an end?
In this opposites attract, hurt/comfort contemporary romance, Orlando and Jonas must accomplish the impossible, before both lose everything they’ve ever worked for.
Janet's Review:
Melody of the Heart felt like a small town hallmark romance.
Jonas made a series of bad decisions and now he’s struggling. Orli is a garage mechanic that plays piano beautifully must now learn classical in order to play in a competition.
I feel in love with Orlando, he had a go with the flow attitude and was kind and compassionate. Jonas needed to slow down, grow and develop in order to learn to trust.
Overall, this was really good, sweet and heartwarming, well written with nice pacing.
Rating: 4 Stars
Melody of the Heart is currently available as an e-book and can be read as part of your Kindle Unlimited Subscription
4 Stars ARC Contemporary Hurt/Comfort Janet KU Opposites Attract Series small town