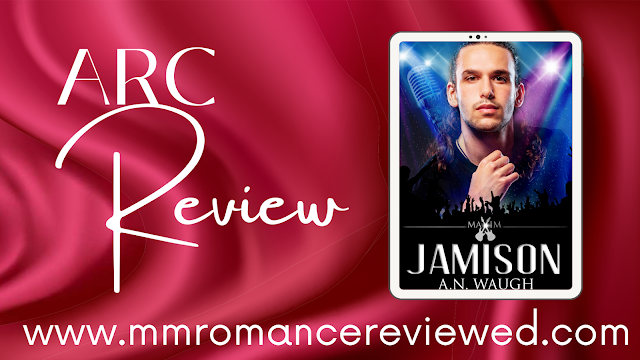 Jamison is a fantastic Rockstar MM romance. This story hooked Janet from the first sentence and didn’t let her go very easily! Fantastic second chance romance!
From the blurb:
Vance
Jamison Black. Lead singer for the band Maxim, and my first love. He broke my heart to follow his 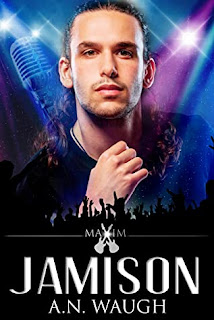 dream. Now, six years after the heartbreak, he is my job. I’ve worked hard for this internship and to get close to him again, but it doesn’t take long to realize we can’t be anything more than friends. Not when Maxim is so close to the success they’ve been chasing all this time.
Jamison
I never knew how much I missed Vance Martin until I saw him in the last place I expected. He is my heart. Always has been, always will be. I’m his client, and he’s determined to keep me in the friend zone. A place I refuse to stay. I might have left my heart behind six years ago, but I won’t let him go again.
Jamison is the first book in the Maxim series. A MM Rockstar, best friends to lovers, second chance romance with two stubborn main characters, a too observant, witty and flamboyant interfering coworker, entertaining bandmates and friends, and a fake girlfriend who has forgotten her love isn’t real.
*For CW please see author’s note in the front matter*
Janet's Review:
Jamison is a fantastic Rockstar MM romance. Jamison is the lead singer of the band Maxim. Vance has joined the PR team for the band. He was also Vance’s first love but the band’s manager didn’t think it would be good PR so they split up. Six years later they are reunited, and feelings are still there.
This story hooked me from the first sentence and didn’t let me go very easily! Jamie and Vance still clearly love each other but there are forces at work that don’t want them together.
There’s not a lot about the band actually on stage, but there is quite a but of interaction with the band mates. Most of their friends are fantastic support but there also is those characters you will despise and that makes the story stronger!
Overall, this is a fantastic story, well written. Highly recommend.
Rating: 5 Stars
Heather's Review:
I love a good Rock Star romance and I have to say that Jamison is a great one!  I love the interplay between Vance and Jamison and also how Jamison deals with the fake relationship he's already in... It's also great that this story takes place on the road, so the story has a forced proximity element to it...
Vance is just so sweet and Jamison is pretty level-headed for a rock star!  This was a book that I could dive into and just stay in from cover to cover!
Rating: 5 Stars
Join us for a party to celebrate Jamison's release - Friday, June 10th in the MM Romance Reviewed Facebook Group - join today so you're ready to party! 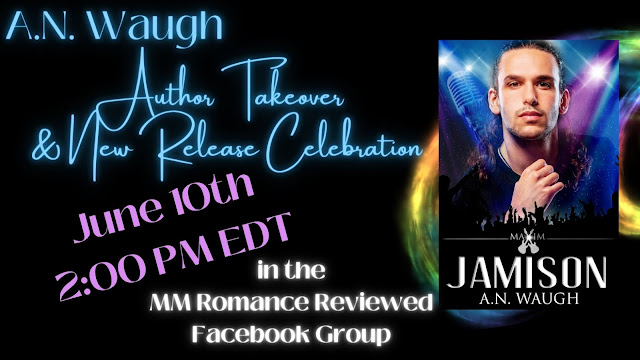