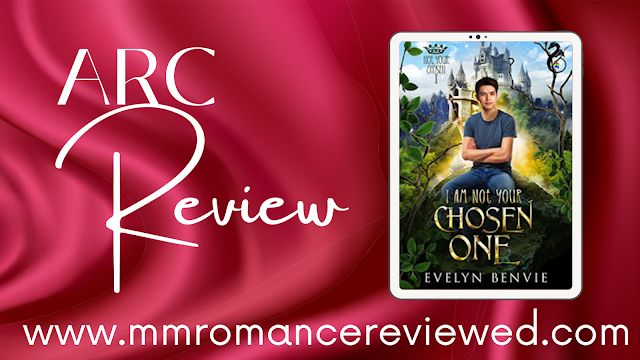 Nicole says "I Am Not Your Chosen One is a slow burn romance that had me sucked in from the first chapter.  This was my first read with a Demisexual MC, and I really enjoyed it!"
From the blurb:
Kell Hồ Sinh Porter is twenty-six years old and desperate to leave his unhappy life and his dead-end town. 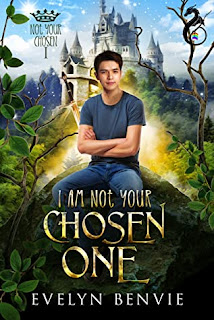 One night his wish is granted by a mysterious voice—though not in any way he would've imagined—and he finds himself in the semi-magical land of Allune where everyone thinks he’s the “Chosen One.” Kell politely disagrees, and absconds from his duties. On the search for an adventure that doesn’t come with world-saving responsibility attached, he’s joined by companions. Every adventurer needs them, but his turn out to be Ansel, a sheltered fallen angel, and Fre, a half-orlk who wants to be a hero.
Destiny, bad luck, and the gods conspire against him. The Dawn Goddess wants him to take up his Chosen One mantle, which Kell is sure means becoming cannon fodder in an ancient divine war. The Lich King’s demonic minions carry out sporadic attacks in an attempt to kill him and prove he is not the Chosen One. Temperamental elves, talking stars that aren't all that helpful, image-conscious demons, maddening pieces of prophecy that everyone thinks Kell should already know, and his growing feelings for Ansel all mix in a frustrating stew as Kell tries to juggle his feelings, his duties, and all the things trying to kill him. No one asked him if he wanted to be anyone's Chosen One, and he can't begin to understand why he was chosen.
Kell needs to figure out who to trust and how to forge his own path before it's too late for Allune and for him.
Nicole's Review:
I Am Not Your Chosen One was a very fun first book in a new fantasy series by Evelyn Benvie.  I love that each chapter actually has a title that is relevant to the story, I miss this in most newer books! I find a lot of high fantasy stories to be very serious, and was very happy that Kell did not take himself or his Destiny too seriously.  He has a quirky habit of renaming anyone or anything that is too hard to pronounce, which I totally relate to when reading fantasy.  Elven names are hard!
EB did a fantastic job of building a very detailed world, and provides a map for you on her website as well!  I think that the relationships built between Kell, Ansel and Fre are very well done.  I think it's excellent foreshadowing with how Kell is dealing with his opponents.
I found myself cheering for Kell and his friends, as well as frustrated with him as he's trying to figure out what's actually written in the stars.  I'm looking forward to the rest of this series, and enjoyed Fre's bonus story at the end!
Rating: 4.5 Stars
Check out an excerpt and enter a giveaway by visiting the release blitz post: 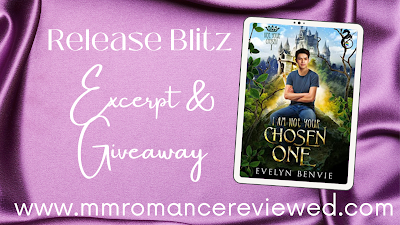