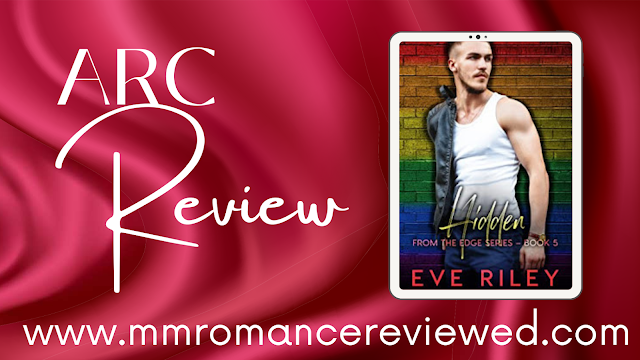 "Hidden is a tender love story set against a backdrop survivors of a conversion camp. And how to find a way to live life in a safe way again." Laora.
From the blurb:
Can he learn to trust a stranger when all he’s known is pain? 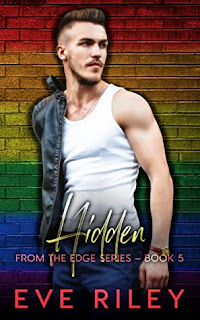 Eli might have escaped the conversion camp with his life, but now he’s trapped inside his own head. Eli and his brother, Mia, are left to fend for themselves in a world that does not accept them. With no other choice, the two are forced to live in an abandoned warehouse.
Plagued by the complications of PTSD, finding a job isn’t easy for Eli. He knows they’ve struck bottom when Mia turns to prostitution, and the guilt is eating him alive. This isn’t the way their freedom was supposed to work. Hopelessness threatens to consume Eli, until he meets someone who offers to help.
Dr. Alex Howard comes across Eli suffering a major panic attack in the bathroom at an event in the hospital. Frustrated at his colleague’s lazy treatment of the young man, Alex is convinced Eli needs a friend. He sets out to help boost the younger man’s confidence, and to help him heal.
He doesn’t expect to develop feelings for Eli, and though he’s technically not crossing any boundaries, Alex is hesitant to act on his attraction.
Will Eli be able to move beyond his past? And can the two find romance in the process?
Laora's Review:
I have been following this series along and Eve Riley keeps creating amazing characters ore revisit them more in depth once they get ' their story'.
Hidden is all about wonderful, strong, breakable Eli who was rescued from a conversion camp after having been held captive for years.  And now just wants to create a safe  life for himself and his found brother ( in camp) Mia.
Alex is helping survivors from the camp and finds Eli, not his patient one day and helps him deal with the affects from his PTSD. He is enthralled by the younger man and just wants to take care for him but has to be careful to not be his medical carer. Their story is one of waiting, attention, care and time. This is a hurt comfort story with low heat but plenty of cuddles and care. I
I can't wait for the next book because I read some coincidences in this book and wonder if they become clearer in the next book. And of course I need to know about Mia and I hope Eve Riley will answer that question in the following novella/ book.
I would advise reading the series in order.
Rating: 4.5 Stars
Hidden is currently available in e-book and paperback and can be read as part of your Kindle Unlimited Subscription
4.5 stars ARC Contemporary KU Laora mental health Series